Gwendolyn Carleton
For a group of young people with type 1 in West Africa, a meeting space becomes a refuge. 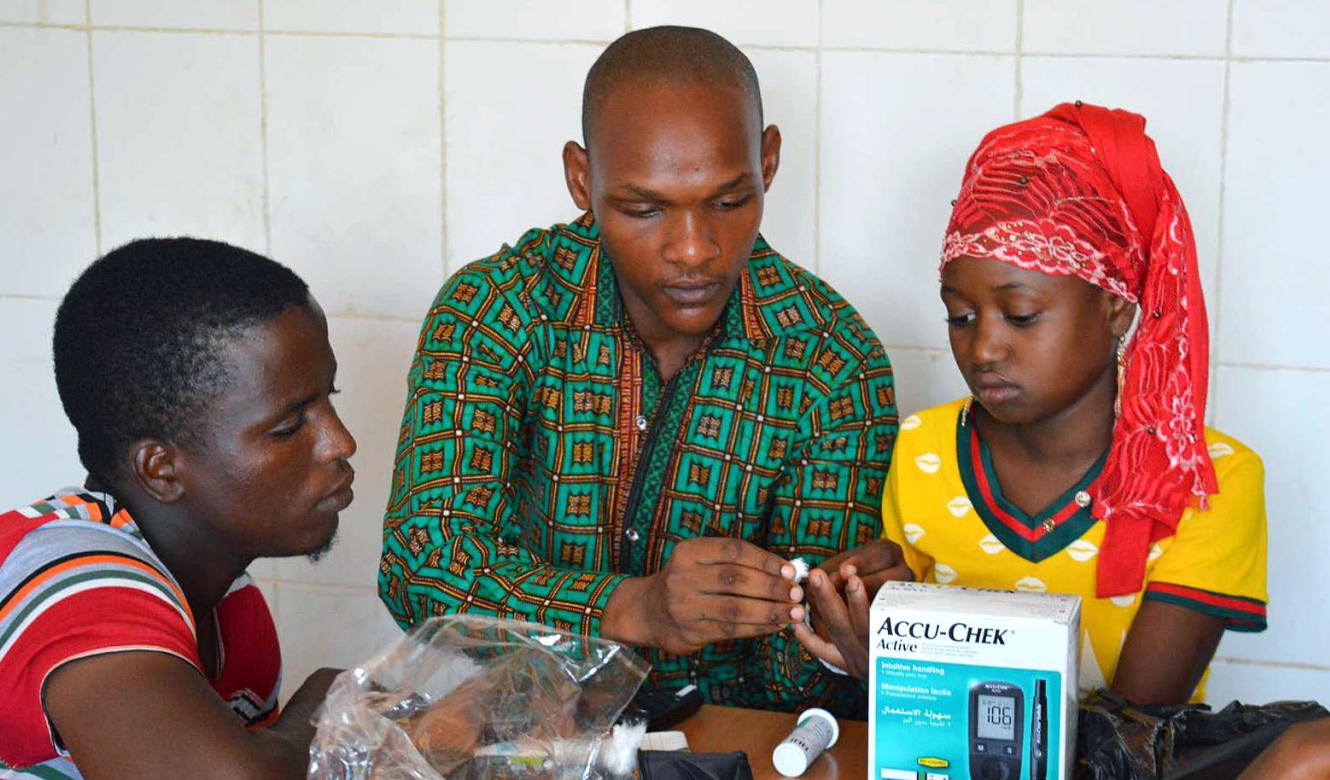 Al-Hasane (middle) coaching his peers during a meeting of youth with type 1 in Guinea-Conakry.

Alhassane Diallo is speaking, and the teenagers surrounding him are hanging on his every word.

“Like this,” he says, removing a vial of human insulin from its packaging. As he sends a young woman to wash her hands before checking her blood sugar, a boy edges closer to listen.

It is a Tuesday morning, and Alhassane and his peers are holding one of their twice-weekly meetings at the Enta Diabetes Clinic in Conakry, Guinea. Enta opened in 2015, and remains the only stand-alone diabetes clinic in the West African nation. Its open central area and surrounding rooms provide a full set of diabetes services, including annual consultations, eye, foot and cardiovascular screening, education, and meeting spaces. Blood sugar, HbA1c, lipids and other tests are run in a small lab in the back.

Enta is a model facility, providing thousands in the capital region with affordable, accessible diabetes care. The much smaller group of Conakry youth with type 1 diabetes are also well-served here; Enta’s staff have been trained through the WDF partnership project Integrated Management of Type 1 DM Children, WDF09-491, and a refrigerator in the back is stocked with insulin, thanks to Novo Nordisk’s Changing Diabetes in Children programme.

Yet the staff, while skilled, have their hands full with the daily flow of patients. They are able to offer the clinic’s youngest patients the use of a small room – but the rest is up to them.

“The kids started holding twice-weekly meetings,” says Dr Naby Baldé, Guinea’s premiere endocrinologist and a driving force behind the creation of the country’s diabetes infrastructure. “Despite poverty and lack of access, we have young people taking responsibility, managing to control their own diabetes and deciding to help others. I’m so pleased with them.”

Today’s meeting begins with a group of nine youth in their late teens; over the course of several hours, some leave, others arrive. The universal topics of teen life – friends, family, school, work – are peppered with diabetes stories, and questions. Gaston’s blood sugar spiked after he ate something sweet; Abu Bakar wasn’t sure how to dose his insulin after a hypo. When Dr Baldé stops by, the youth gather around him, eager for his input. 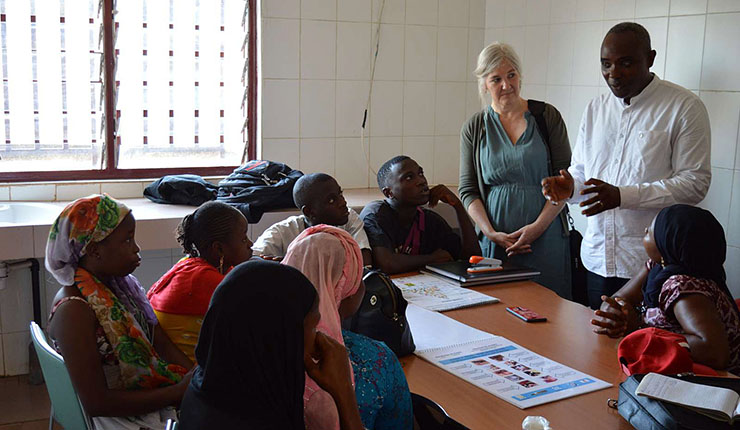 But after the esteemed doctor leaves, the coaching continues. When a young group member begins feeling ill, it’s Alhassane she looks to for help. And help he does – patiently offering her advice based on his 13 years of living with diabetes in Conakry.

The look in her eyes – gratitude, relief, and a bit of awe - says it all.

I decided to fight

It was back in 2006, on a trip north with his father and twin brother, that Alhassane first noticed that something was wrong. He was urinating constantly, tired, and losing weight. His father took him to the clinic run by a mining company operating in the region, where he was diagnosed with type 1 diabetes. He was seven years old.

This was only ten years after Dr Baldé had introduced professional diabetes services to the country, and diabetes care was still rudimentary in Guinea. It was a hard time, Alhassane recalls.

“My father has three wives, and we are 14 in our family. I was always at school or the hospital. My dad didn’t like the injections. I was really upset – first in my class, but always stressed.”

Then something important happened, he says. He met a doctor who told him: You need to respect the rules – or you will die.

The Enta clinic, which Alhassane visits twice weekly, is his base (“it’s like a home for me,” he says). Yet the fight extends into the community as well. Alhassane and his peers keep an eye on each other, sometimes visiting friends with type 1 at home and encouraging family members to accompany them to the clinic. It’s a topic that he and his peers feel strongly about – when Dr Baldé asks what can be done to improve their care, they respond: Push parents to be more involved.

“We need more parents to support their children, to help them – they should come here. We’re trying to encourage that,” Alhassane says.

When he’s not at home or at the clinic, Alhassane is at Université Gamal Abdel Nader de Conakry, where he studies biology and plays midfield on the university football team. The 20-year-old Guinean hopes to become a doctor one day and follow in Dr Baldé’s footsteps.

“I want to help people,” he says. “Diabetes was so stressful for me at first, but it doesn’t have to be that way. I want to show others that type 1 is not the end of the world.” 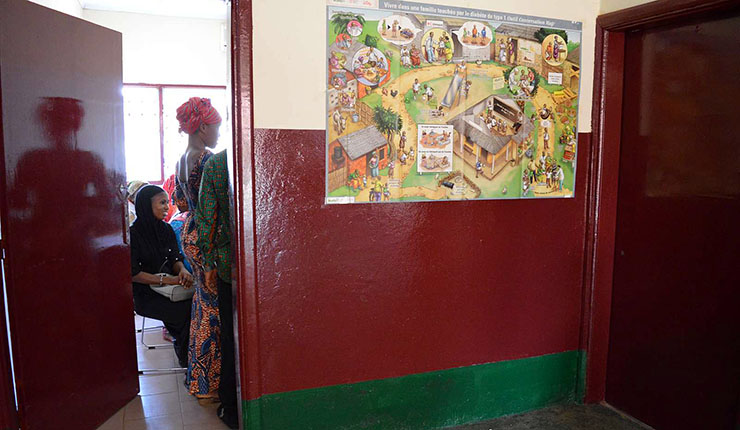 Meetings at the Enta Clinic are open to all.

The original version of this story listed the incorrect university where Alhassane studies. This has now been corrected.