Partnership with WHO Europe targets NCDs in central Asia

Partnership with WHO Europe targets NCDs in central Asia

Gwendolyn Carleton
The project builds on past efforts to support people living with non-communicable diseases in Kyrgyzstan and Uzbekistan – and will help reduce premature mortality from these diseases. 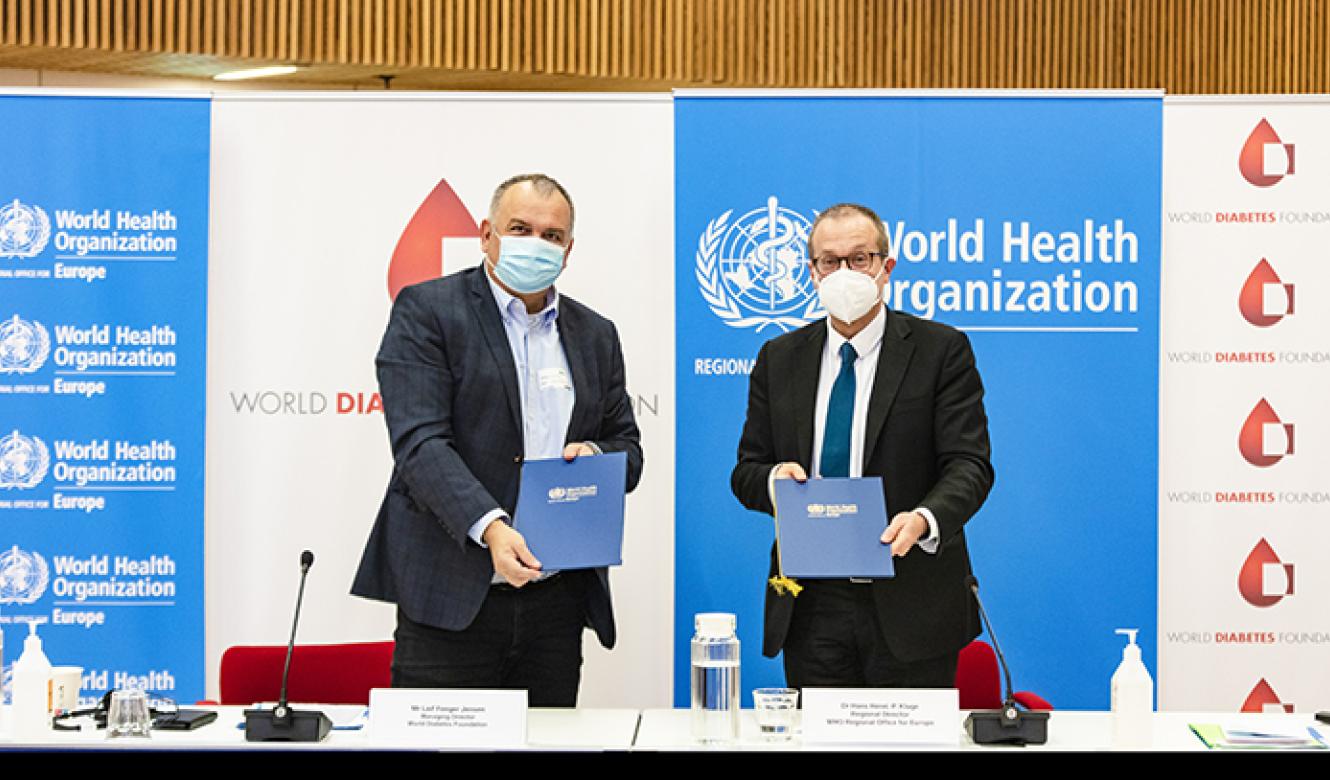 A new partnership with WHO/ Europe will improve access for the prevention and control of noncommunicable diseases (NCDs) in primary care in Kyrgyzstan and Uzbekistan. The main beneficiaries will be people with diabetes and their families and carers, particularly those of a lower socio-economic status.

The three-year project, Improving access for prevention and control of NCDs in Primary Care in Uzbekistan and Kyrgyzstan, is supported by a 900.000 USD grant from the World Diabetes Foundation.

The agreement was signed on November 15, the day after World Diabetes Day, in a special ceremony at UN City in Copenhagen.

“We are  thrilled to be able to continue the battle against non-communicable diseases in Kyrgyzstan and Uzbekistan” said Dr Hans Kluge, WHO Regional Director for Europe. “Diabetes results in a tragic loss both for people and economies. This project represents a major step forward and its impact will be seen not only in the two countries, but across the Region, as its progress is charted, disseminated and hopefully replicated.”

“This project will allow WHO and the Foundation to build on work that we have both been doing for some years in this region, to build capacity among health care professionals. We are certain that it will support people living with NCDs, and those at risk. It will be a driver for greater investments in the health of the citizens of these countries and a model for replication in other countries.”

Kyrgyzstan and Uzbekistan, both lower-middle income countries in central Asia, face similar challenges: a high rate of diabetes of up to 11% of the population with many yet undiagnosed, and a high rate of premature deaths from NCDs.

The project will have three main objectives:

• pursue universal health coverage by improving clinical practice in controlling and preventing complications for NCDs in primary care and enhance the quality of integrated care.
• improve the self-management of NCDs and chronic conditions by providing therapeutic patient education.
• implement evidence-based policies and establish a system-approach to clinical practice and quality improvements, developing a roadmap to prevent complications among people with diabetes, with a focus on cardiovascular disease, eyes and feet, and ensuring that evidence informs policy and that effective interventions are scaled up.

The overall aim is to further progress towards the Sustainable Development Goals, particularly SDG 3.4, which is to reduce premature mortality from NCDs by one third by 2030, through prevention and treatment and promote mental health and well-being.

Learn more in the WHO/Europe announcement