Brit Larsen
“It is an enormous achievement that diabetes has made it to the politicians’ attention in the wake of the genocide and the subsequent melt down of the health sector,” says Astrid Hasselbach, Programme Coordinator of the World Diabetes Foundation after monitoring the project in Rwanda. 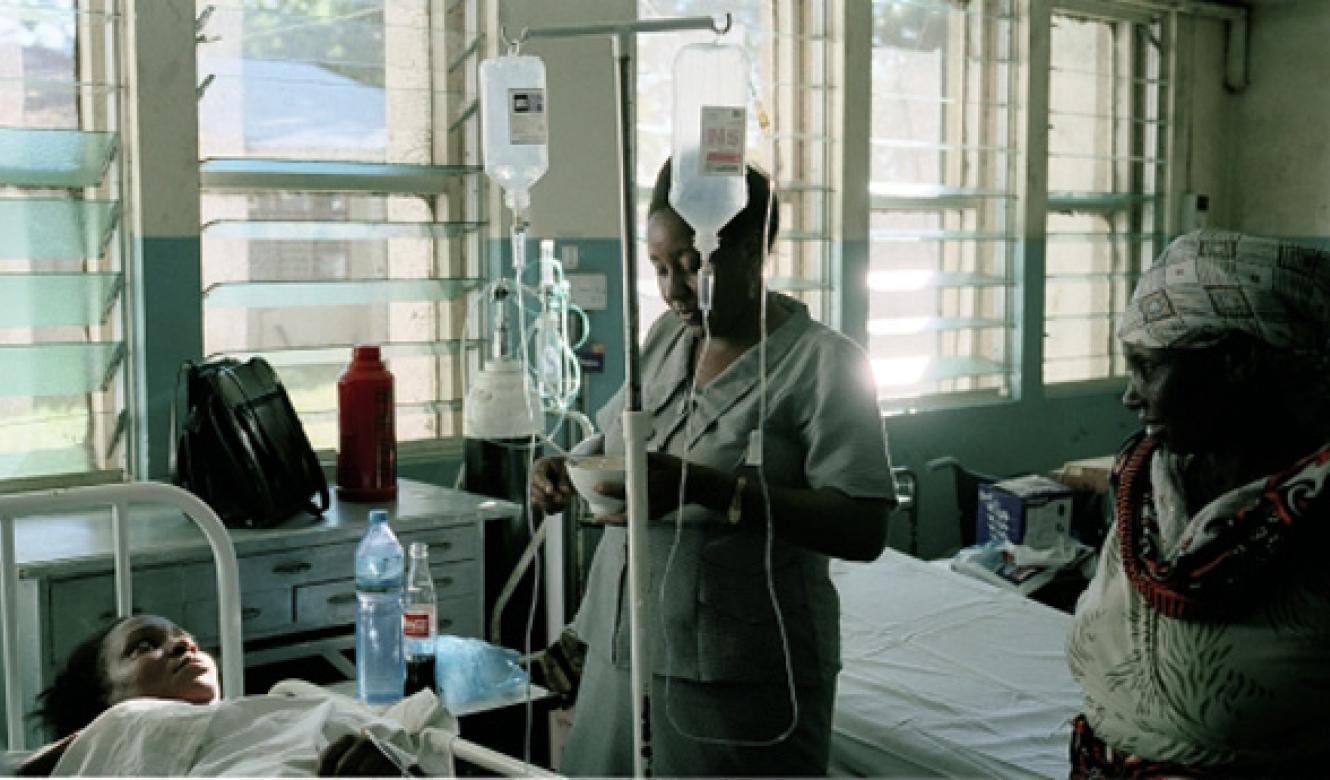 In recent years, most people have associated Rwanda with the 1994 genocide eradicating more than one million people and exiling another three million. The health sector was not spared during the atrocities, destroying hospitals, clinics and health centres.

Today, fifteen years later, law and order is being progressively re-established. A democratic government has been elected and has taken steps to ensure the stability of the country including security and the civil service. Although still impoverished, the Rwandan economy has grown because of solid economic reforms and policies. In today’s Rwanda, diabetes has become a common disease, and is now the primary cause for consultation and the fifth cause for hospitalisation at the Kigali University Hospital’s endocrinology unit. In years to come, Rwanda expects an increase in cases of diabetes in the wake of a changed lifestyle including overweight. But as we shall see, that may not be the entire explanation.

Trained to detect
Since 2006, the World Diabetes Foundation has supported the Rwandan Diabetes Association in a project to train health care providers in half of the country’s districts. To date, 57 doctors and 103 nurses have been trained. The training focuses on nurses as they are responsible for the overall follow-up and care of the diabetes patients. The training is carried out in one district at a time and trains ten primary care nurses for every tertiary level doctor. In this manner the doctors and nurses constitute a team that can supplement each other within the district.

The training of health care professionals is based on the IDF Africa’s (International Diabetes Federation Africa Region) Diabetes Practise Guideline and the Diabetes Educational Manual developed under another project funded by the World Diabetes Foundation. When health care providers have been trained, they receive a glucometer, strips and an IDF training manual to train other colleagues within their health facility.

According to Francois Gishoma, Chairman of The Rwandan Diabetes Association, the training sessions have already had an impact on the diabetes detection rate, treatment and follow-up of diabetes patients. – Simply because doctors and nurses are more aware of the symptoms now. Before the training, the health care professionals’ knowledge on diabetes was limited to a few hours of teaching at university.

In addition to training of health care professionals, local diabetes associations have also been established for patients to seek support. Awareness workshops have been held for the media who now play an important role in making people recognise their symptoms and consequently seek medical help. At policy level, the Rwandan Diabetes Association has conducted workshops for decision makers and has continuously lobbied for the inclusion of diabetes as a priority on the national political agenda.
One specialised clinic

The Rwandan Diabetes Association runs the only specialised diabetes clinic in Rwanda, Clinique Fraternité, located in the city centre of Kigali. The clinic is open 24 hours a day and staffed by three doctors and six nurses. More than 12,000 patients have been screened for diabetes at the clinic which has its own laboratory with an HbA1c machine. 5,861 patients with diabetes are currently registered at the clinic, while others follow treatment at district hospitals.

A new type of diabetes

A doctor and his diabetes patients at the Buhenda Health Centre after a diabetes education session.

135 km south of the capital city, Dr. Francois Ngabonziza is former Head of the Internal Medicine Department at the Butare University Referral Hospital. The hospital has no exact data on the prevalence of diabetes. But in his fifteen years as a doctor what he sees with his own eyes is an increasing number of patients being admitted with diabetes complications.

Besides from the apparent increase in prevalence, the novelty is that the majority of the diabetes patients they see are rural farmers coming from the hill areas. “They add a new category to the classic, overweight person with diabetes,” says Dr. Ngabonziza. “We see two different types of diabetes in Rwanda. In Kigali we have the classical type 2 in obese persons. But in the countryside we now observe diabetes in adult, slim people. There has not been enough research to document the reasons for this, but our hypotheses are that it is connected to malnutrition and insufficient alimentation,” he explains. Studies are being conducted regarding the metabolism of these patients, but none of them have yet been concluded. “This appears very similar to the malnutrition related diabetes mellitus that used to be reported from many poor tropical countries including India about 10 to 15 years ago but less often seen now ” says Dr. Anil Kapur, Managing Director of the World Diabetes Foundation.

Mr. Bonaventure Nzeyimana, Focal Point for non-communicable diseases at the Ministry of Health explains the three highest priorities of the government regarding diabetes in Rwanda: “The highest priority is to conduct a prevalence study to prove the magnitude of the problem in Rwanda. The second priority is to develop a national policy and strategic plan on diabetes. And finally, the third priority is to include diabetes to a higher extent into the curriculum at university level. At the moment medical students only have 30 hours of diabetes education during their entire study,” he says.

Programme Coordinator at the World Diabetes Foundation, Ms. Astrid Hasselbalch recently visited the project in Rwanda and returned positively impressed: “People have really discovered the problem of diabetes and they are eager to start combating the disease – policy makers, health care personnel and the population in general. Therefore, although the support from the World Diabetes Foundation is merely a drop in the sea, it represents an important beginning,” she says. “It was extremely positive to experience the energy and the will invested in diabetes by the Rwandan Diabetes Association and the government. There is reason to be optimistic; I think many positive things are going to happen in the near future,” she concludes.