Zuzanna Dzialowska
In the heart of the Marshall Islands, an ambitious project shows how combining education with new laws can lead to lasting change. 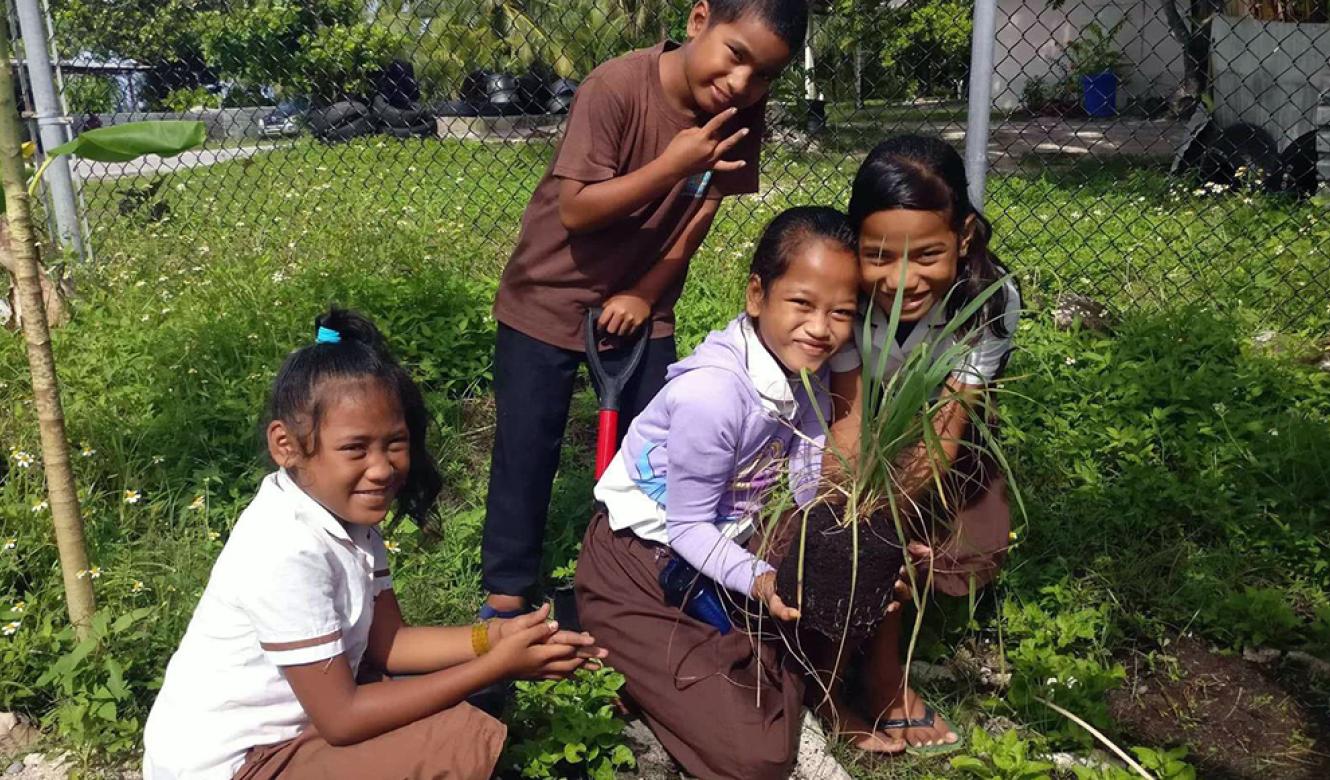 In 2017, the Canvasback Wellness Center (CWC) surveyed more than 4,000 elementary school students in Majuro, the capital of the Marshall Islands. Staff learned that 10% of public school students and 25% of private school students were overweight, and 85% of them ate vegetables 5 or fewer days a week.

The results were disappointing - but not unexpected. The country’s 60,000 residents, who live spread out over 29 coral atolls in the Pacific Ocean, consume a diet “ripe for diabetes,” according to Brenda Davis, lead dietician of CWC’s Diabetes Wellness Program.

“Imagine children indulging in popsicles and soda or eating ramen noodles with Kool-Aid powder sprinkled on top for breakfast. Picture families dining on white rice, meat, and sweet beverages for lunch and dinner every day. What kind of meat? How about Spam, canned corned beef, chicken, fish, crab, octopus, and variety meats such as turkey tails or pig intestines?” she wrote in a 2008 article. "It would be difficult to design a diet that could more efficiently induce type 2 diabetes than the one Marshallese people have adopted.”

The CWC has been working since 2006 to change this. The 2017 survey marked the start of an ambitious new effort, which, like its predecessors, focused on the island nation’s future: its children.

WDF first met Canvasback Missions, the faith-based organisation that jointly runs the CWC with several Marshallese ministries, about a decade ago. The first WDF-Canvasback partnership was a 2010 pilot project, Education in lifestyle diseases, to improve general health and address diabetes prevention in the Marshall Islands.

The partnership was a success, and in 2016 WDF supported a second project, Majuro Youth Lifetime Health Programme, that aimed to prevent obesity and diabetes through implementation of a whole-of-community approach.

Majuro Youth Lifetime Health Programme targeted eight schools across the Majuro Atoll, where about 1/3 of the population lives. The children were given health-activity books illustrated by a local artist and a boat service called Okeanos was hired to deliver them to the outer islands. Teachers learned how to use the book, cook healthy meals, exercise and live a healthy lifestyle themselves. Students in the programme learned about health and diet in the classroom, then went outside to grow vegetables in new school gardens and learn how to cook them when they were ready for harvest.

“When we started this programme, there was nothing to build on in the schools. There was no healthy food being served and teachers brought in junk food to sell to students,” explains Tanner Smith, regional co-director at the CWC.

The project also collaborated closely with government ministries and had a direct impact on two new laws. A new Public Law passed under the Ministry of Education as well as a City Ordinance passed in Majuro Atoll sanctioned the selling of unhealthy food to school children.

“I believe this project is at a sustainable level now. This is due in large part to the support we have gained from the local government and the new Minister of Education. The local ordinances are being followed, and a physical education curriculum is now being taught in every school.”

“The project has created all the key preconditions for promoting health literacy where nothing relevant was in place from the outset,” he says.

The project has successfully advocated for policy and structural changes to secure a less obesogenic environment, he says:

"The project stands out as a model primary prevention project. Outcomes and learnings from it could guide future medical care for indigenous populations in the Pacific Islands and also shed light on how to effectively design and deliver intensive lifestyle interventions to treat and manage diabetes."

Sharing learnings is an ongoing priority for the CWC team, according to Mr Smith. He and his colleagues published the anthropometric data they collected for the project in the Hawai’i Journal of Health and Social Welfare, and plan to publish additional project findings in the future.

“I hope this programme will reach other nations and help influence their health programs,” Mr Smith says.

For more information, see the project description on WDF’s website. 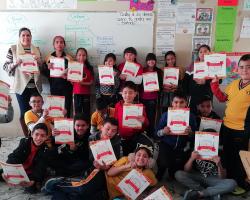