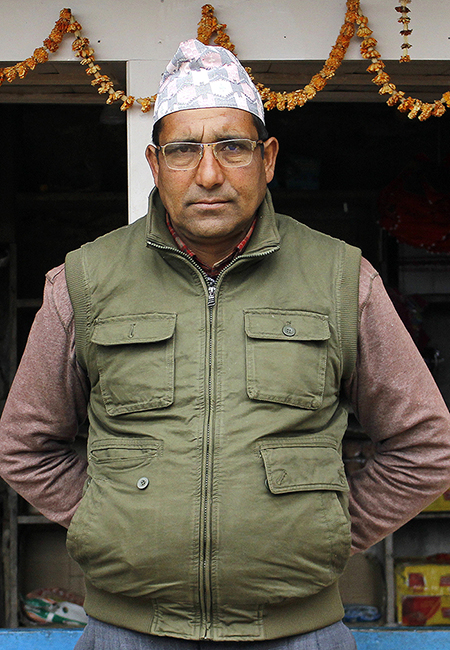 So when the Human Practice Foundation organised a diabetes screening camp at a village school, he attended to show his support.

Mr Khatiwada’s first blood glucose results were high - a second test, taken after lunch, was even higher. In shock, he went to district headquarters for a followup test in a private clinic, which confirmed the initial results. He started treatment for type 2 diabetes soon after.

He recalls that he experienced thirst, a dry mouth, and other problems prior to his diagnosis. Yet he did not recognise them as symptoms of diabetes. Without the screening camp, ”I would never have tested my blood sugar … and been compelled to face the worst,” he says.

After his diagnosis, Mr Khatiwada had his mother and brother tested - both were found to have high blood sugar. He has become an advocate for diabetes awareness and testing throughout his community.

”We need these camps in other parts of the district and village,” he says.

The screening camp in Taplejung District was part of School Based Diabetes Prevention, WDF16-1432