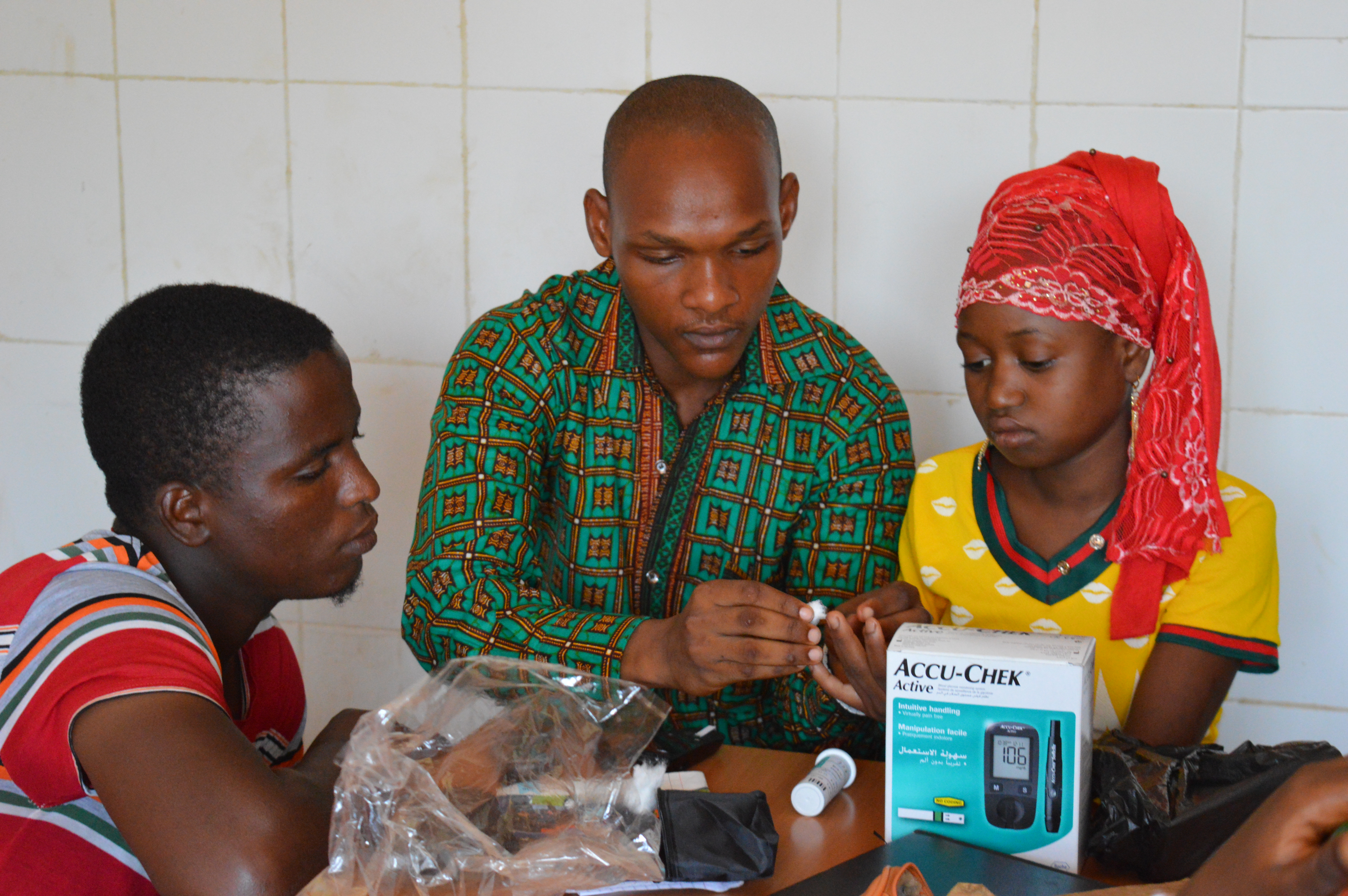 It was back in 2006, on a trip north with his father and twin brother, that Alhassane first noticed that something was wrong. He was urinating constantly, tired, and losing weight. His father took him to a clinic run by a mining company operating in the region, where he was diagnosed with type 1 diabetes. He was seven years old.

This was only ten years after professional diabetes services had been introduced to the Republic of Guinea, and diabetes care was still rudimentary. It was a hard time, Alhassane recalls.

“My father has three wives, and we are 14 in our family. I was always at school or the hospital. My dad didn’t like the injections. I was really upset – first in my class, but always stressed.”

Then something important happened, he says. He met a doctor who told him: You need to respect the rules – or you will die.

Today, Alhassane receives care and attends type 1 peer group meetings at the Enta Diabetes Clinic. He is a student at Conakry University, where he studies biology and plays midfield on the university football team. The young Guinean hopes to become a doctor one day.

“I want to help people,” he says. “Diabetes was so stressful for me at first, but it doesn’t have to be that way. I want to show others that type 1 is not the end of the world.”

Read more about Alhassane and the Enta Diabetes Clinic