WDF12-737
To reduce the maternal and foetal morbidity and mortality associated with GDM, and reduce the risk of developing type 2 diabetes in mother and child, later in life 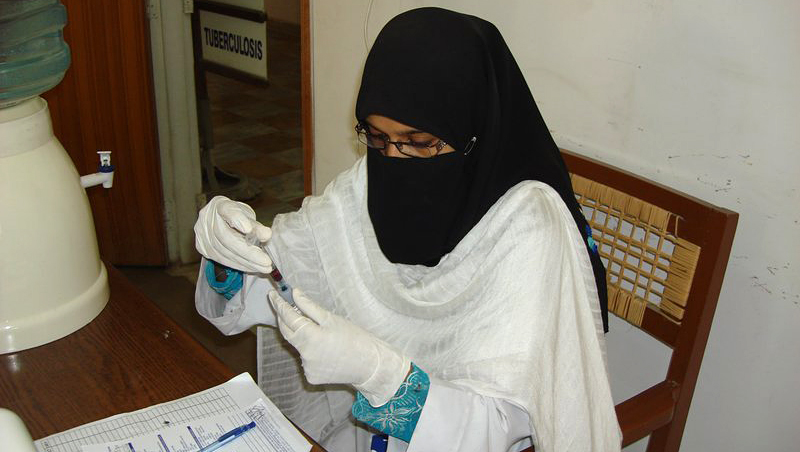 In Pakistan three fourth of the population lives in rural areas and almost half of the population, especially those living in the rural areas do not have access to safe drinking water. The burden of disease in the country is dominated by non-communicable disease, reproductive health problems and malnutrition. Pakistan is also facing endemic Polio and has the sixth highest burden of TB.
Moreover, cardiovascular diseases pose a huge burden and accounts for around 25 % of all deaths and on the International Diabetes Federation (IDF) top ten of countries with diabetes, Pakistan ranks tenth with 6.6 million cases.
Hence, Pakistan is facing a huge double burden of disease which only has been further complicated by natural disasters like the earth quake in 2005 and the massive floods in 2010 which set back both development and health in the country.
Objectives
To reduce the maternal and foetal morbidity and mortality associated with GDM, and reduce the risk of developing type 2 diabetes in mother and child, later in life.
Approach
An awareness campaign comprising of several elements will be set up as one part of the project. The first element is educational programs for female pregnant residents registered at local obstetricians and in community clinics. It is the goal to have 300 participants at each program. The second element is to develop brochures and posters to be disseminated and displayed in the programs but the brochures will also to be disseminated to health facilities and clinics. The last element is to publish awareness advertisements in national newspapers and on radio talk shows where healthy lifestyle and prevention of GDM will be highlighted.
To increase capacity doctors and other health care professionals (HCPs) will be trained. A one-day session for doctors and a one-day sessions for other HCPs will be held 6 times each year of the project. The aim is to train doctors and HCPs in prevention, diagnosis and management of GDM.
Three GDM centres will be established at existing hospitals with five health care professionals attached to each centre. All pregnant women visiting the centres will be screened for GDM and undergo risk assessment free of charge. 30 micro clinics will be established by trained participants from the awareness program.
A GDM Advocacy Board will be constituted to promote the cause of routine GDM screening for every pregnant woman.
Finally a reference manual will be developed at the completion of the project. The manual will describe in detail, how the problem of gestational diabetes was addressed by the project with reference to the local context. An electronic version of the manual will be made available online.
Expected Results
• 5,400 women educated on GDM
• 100,000 people sensitized on  GDM
• 720 doctors & 900 other HPCs trained
• Three GDM centres established
• 13,050 pregnant women screened for GDM
Results at completion