WDF15-1288
The goal of this project is to implement a community-based prevention and management programme by training village health workers in 30 villages of Maharashtra, to increase screening of individuals at risk for and suffering from type 2 diabetes. 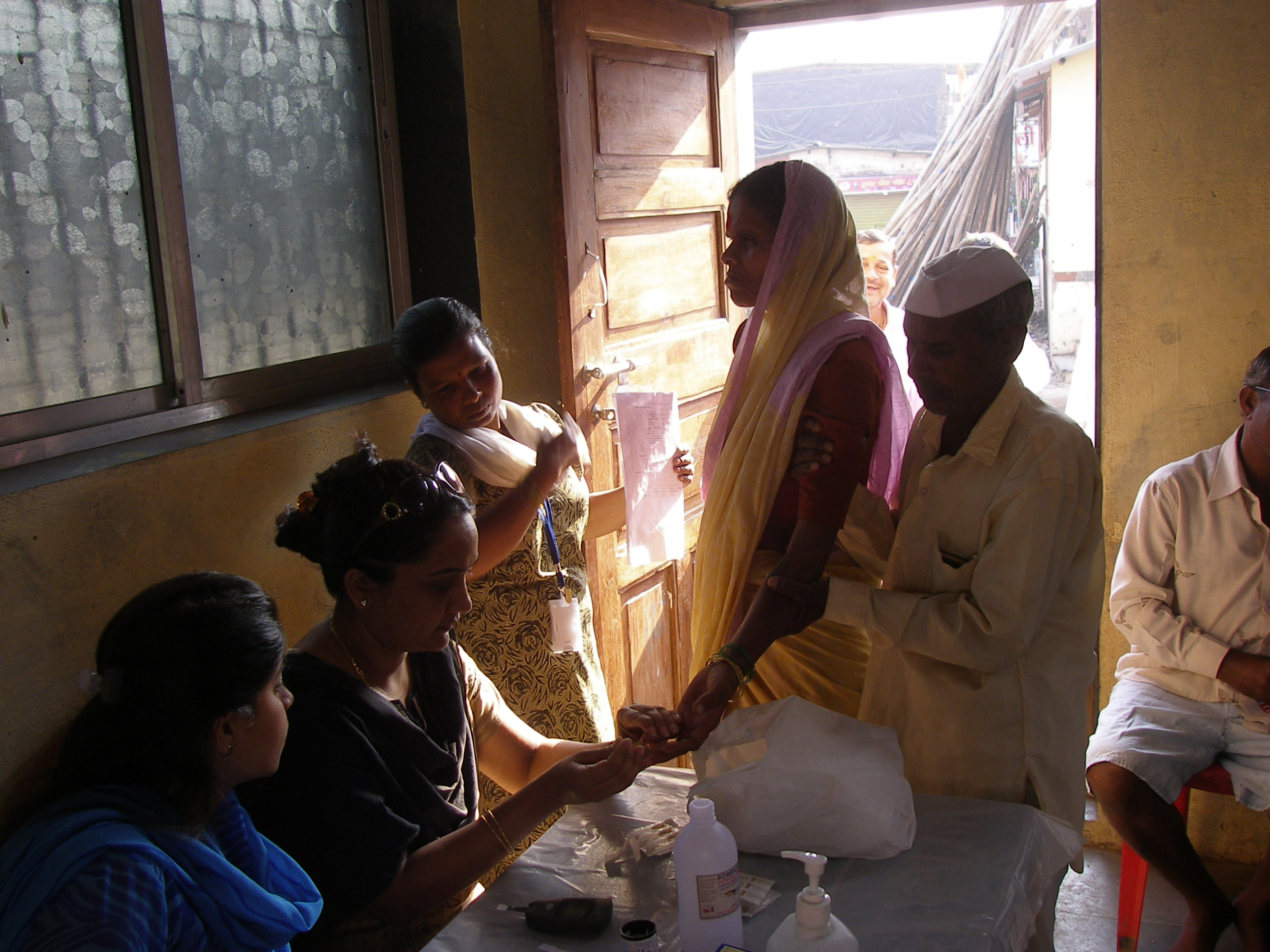 With an estimated 62.4 million individuals with diabetes, India shoulders a large burden of the diabetes epidemic, surpassing high-income countries such as the United States.

Previously thought to be an illness of affluent countries and urban areas, diabetes has since shifted to poorer and more rural regions. Back in 1979, a survey found that the diabetes prevalence in rural areas was 1.5%, whereas a recent study from 2011 found the prevalence to be as high as 8.3% in some rural areas.

Unfortunately, awareness and screening of the disease is not comprehensive in most areas of India.
The state of Maharashtra has an estimated 6 million diabetes cases, 70% of which are undiagnosed.

The project will increase the capacity of current village health workers (VHWs) and other community members to identify individuals suffering from or at risk of developing diabetes. Through the VHWs, targeted prevention and management strategies will then be implemented in the villages.

The Comprehensive Rural Health Project (CRHP) has already been working in these 30 villages, unreached by government programmes, targeting the poor population. The villages have been empowered to improve their health through Village Health Workers (VHWs), Community Groups, and the Mobile Health Team (MHT).
The VHWs work with already diagnosed diabetic patients, but they are currently unable to identify those at risk for diabetes or screen for those who may be diabetic or pre-diabetic until symptoms present.

The project activities include:

Capacity building of the village health workers, who are trained and provided with basic material and screening equipment.

Awareness and screening activities rolled out at village level by trained VHWs and a mobile team. The teams will use a three-staged screening approach based on IDRS and referral to the local CRHP hospital for further tests.

Monitoring and follow-up for diagnosed patients through repeated visits to the villages by the mobile team and coordination with trained VHWs.

Youth groups/community groups based in the villages mobilised as advocates for prevention and awareness.