WDF02-027
The project aims to establish and communicate the global impact of diabetes. 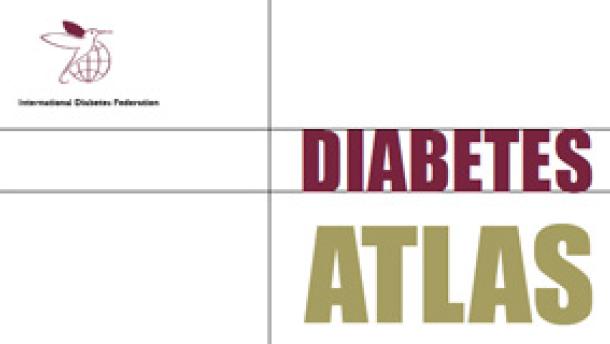 Objective
The project aims to establish and communicate the global impact of diabetes.

Diabetes is now one of the most common non-communicable diseases globally. There is evidence that it is epidemic in many developing countries.

There are now almost 180 million people with diabetes worldwide.

Complications from diabetes - such as blindness, kidney failure and amputations - are resulting in reduced quality of life and life expectancy as well as enormous health costs for many societies. Without effective prevention and control, diabetes will likely continue to increase globally.

Latest World Health Organization (WHO) estimates indicate that the number of people with diabetes will rise to 370 million in 2030 of which 76% are expected to live in the developing countries.

Diabetes is certain to be one of the most challenging health problems in the 21st century.

Incidence rates of diabetes are known for only a small part of the global population. Establishing incidence rates and raising awareness of diabetes among decision- and policy makers are crucial elements in the fight against the disease. Therefore the Diabetes Atlas is aimed at all those who decide or influence health policy.

Approach
The International Diabetes Federation (IDF) has taken the lead in producing a document, which provides the necessary information on the incidence of diabetes worldwide. The first edition of the Atlas was published in 2000. This project enables the publication of the 2nd edition of the Diabetes Atlas.

The Diabetes Atlas, 2nd Edition provides statistical data on the diabetes incidence in 212 countries in the world. In addition to the statistical information, the Atlas focuses on the following priority areas:
• The epidemiology of diabetes and its complications
• Diabetes health economics
• Accessibility and availability of insulin and other diabetes supplies
• Diabetes education
• Diabetes association development
• Prevention and strategic action

The Atlas will be distributed to important target groups such as Ministers of Health and/or Social Affairs in the 145 IDF member countries, WHO collaborating centres and other health organisations.
Action to raise public awareness of the data in the Diabetes Atlas will include:
• Reaching out to international and national media
• Targeted distribution of the publication
• Presence at select diabetes and health-related events
• Promoting the publication to new target groups
• Using IDF communications channels e.g. IDF website and journals of member associations