Gwendolyn Carleton
How many lives can $125,000 improve? WDF went to Jordan to find out. 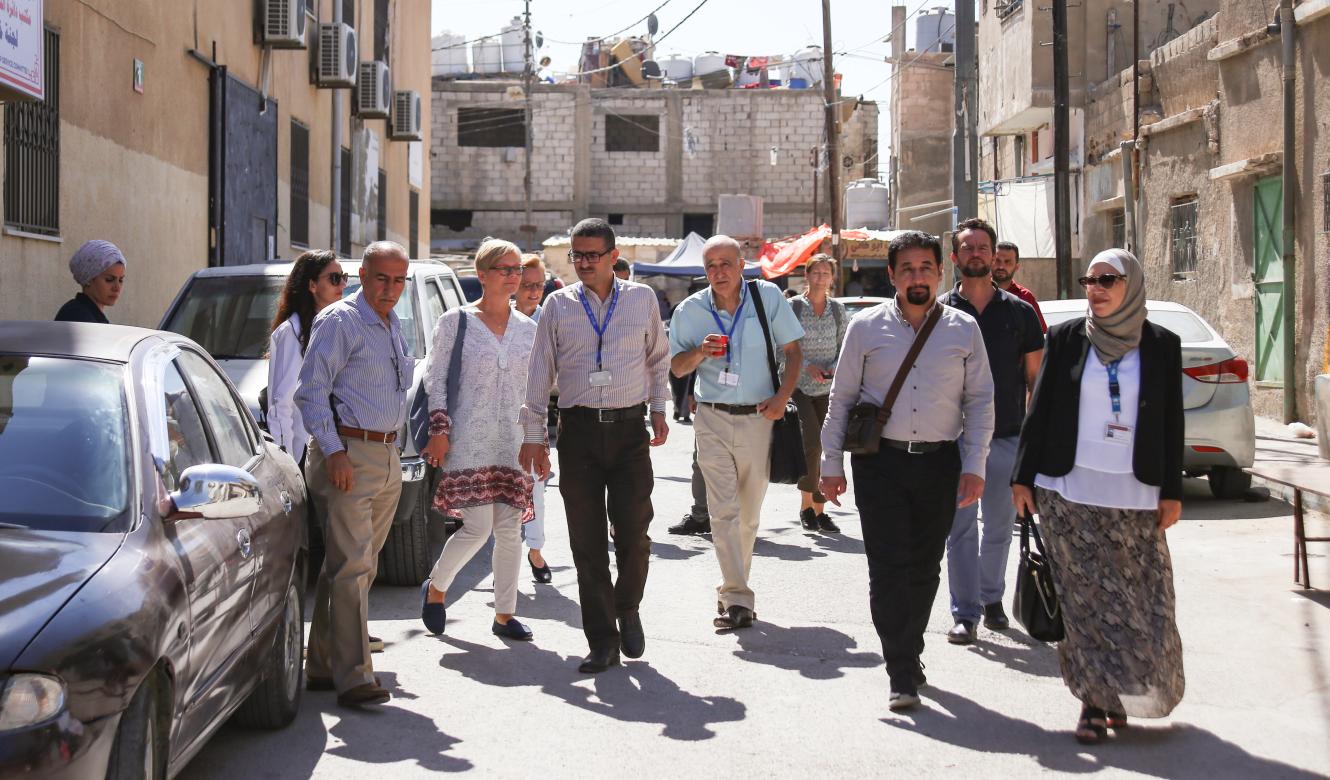 WDF visitors and their hosts at the Zarqa Camp for Palestine refugees in Jordan.

The tour began on the bus. As the office buildings and apartment blocks of Amman gave way to rolling desert, Dr Yousef Shahin from the United Nations Relief and Works Agency for Palestine Refugees in the Near East (UNRWA) explained where the idea for WDF’s 2019 fundraiser project came from.

“In Gaza, we saw that we could reduce amputations by 50%,” he said, referring to a previous partnership between WDF and UNRWA. “This is real impact. So we wanted to roll it out in Jordan as well.”

His listeners were a delegation from WDF and Novo Nordisk A/S, which together turned UNRWA´s wish into reality. WDF selected the project, Prevention and Management of Diabetic Foot for Refugees with Diabetes, as its 2019 fundraiser. Donors to WDF's fundraising programme – many of them Novo Nordisk employees - raised $125,000 to fund it. 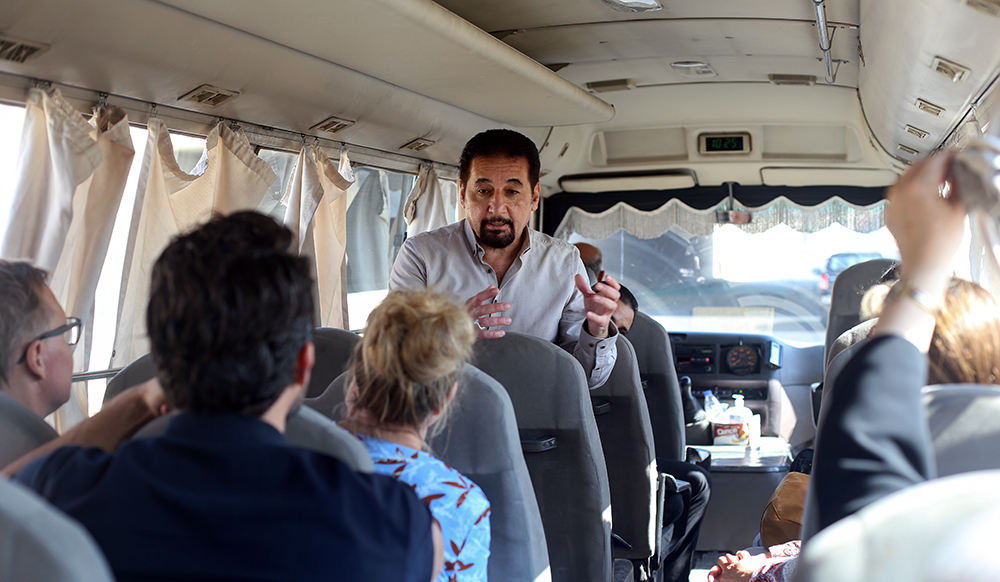 The group arrived at the Zarqa Camp Health Centre at 10:30, the height of the morning rush. Patients moved through its tidy hallways, heading for primary healthcare appointments or to the pharmacy to picking up medications.

The health centre serves residents of the Zarqa Camp, one of the four original camps established in Jordan for people displaced from Palestine during the 1948 Arab-Israeli War. Today, about 20,000 people live in the .18 square km camp and receive educational and health services from UNRWA.

Dr Ahmad Hamad, Head of the Health Centre, continued the tour inside the bustling, multi-story facility. He began with its small exercise room – open for women three days a week, men four, and staffed by a volunteer. Next, he introduced a nutritionist counselling a patient with pre-diabetes, and a pregnant woman anxiously awaiting the results of her test for gestational diabetes.

Finally, he introduced Ayman Hijazi and his wife Zaheyeh Abu Khadija. Mr Hijazi had recovered from several diabetes foot complications and was determined to avoid new ones. He was at the clinic to receive a foot exam from a healthcare provider trained through the WDF fundraiser project. 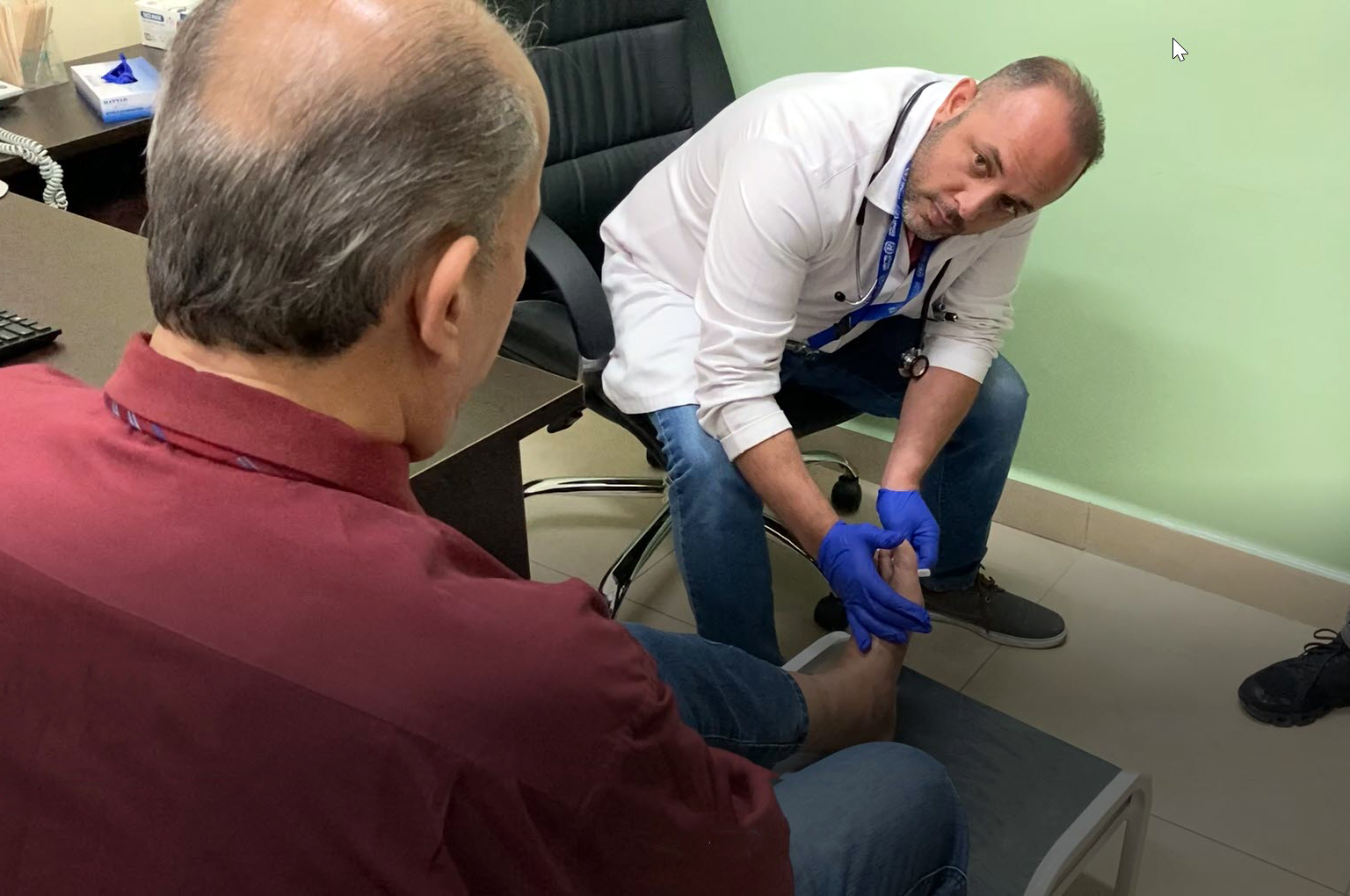 Mr Hijazi’s chances for keeping his feet healthy are good, according to Dr Mustafa Ammoura from UNRWA’s field office. At the start of the WDF fundraiser project in 2019, 66% of people screened for foot problems at UNRWA’s health centres had no foot problems. At the end of the project, he said, the number had increased to 85%.

“Healthcare providers trained through the project are more confident, and patients respond to that,” he said. “We’re hoping this year, when we collect new data, we will see even greater improvements.”

‘Partners to people in need’

For Tina Abild Olesen, a member of the delegation, the visit offered a glimpse of a new world.

“I’m impressed to see how well the ‘diabetic foot project’ is integrated into the UNRWA’s existing health care system for Palestine refugees living with diabetes. This makes this important care accessible to patients, and supports its sustainability over the long term,” said Ms Olesen, the new Vice-Chair of the WDF Board of Directors. She is also SVP for the Diabetes Therapy area in Novo Nordisk. 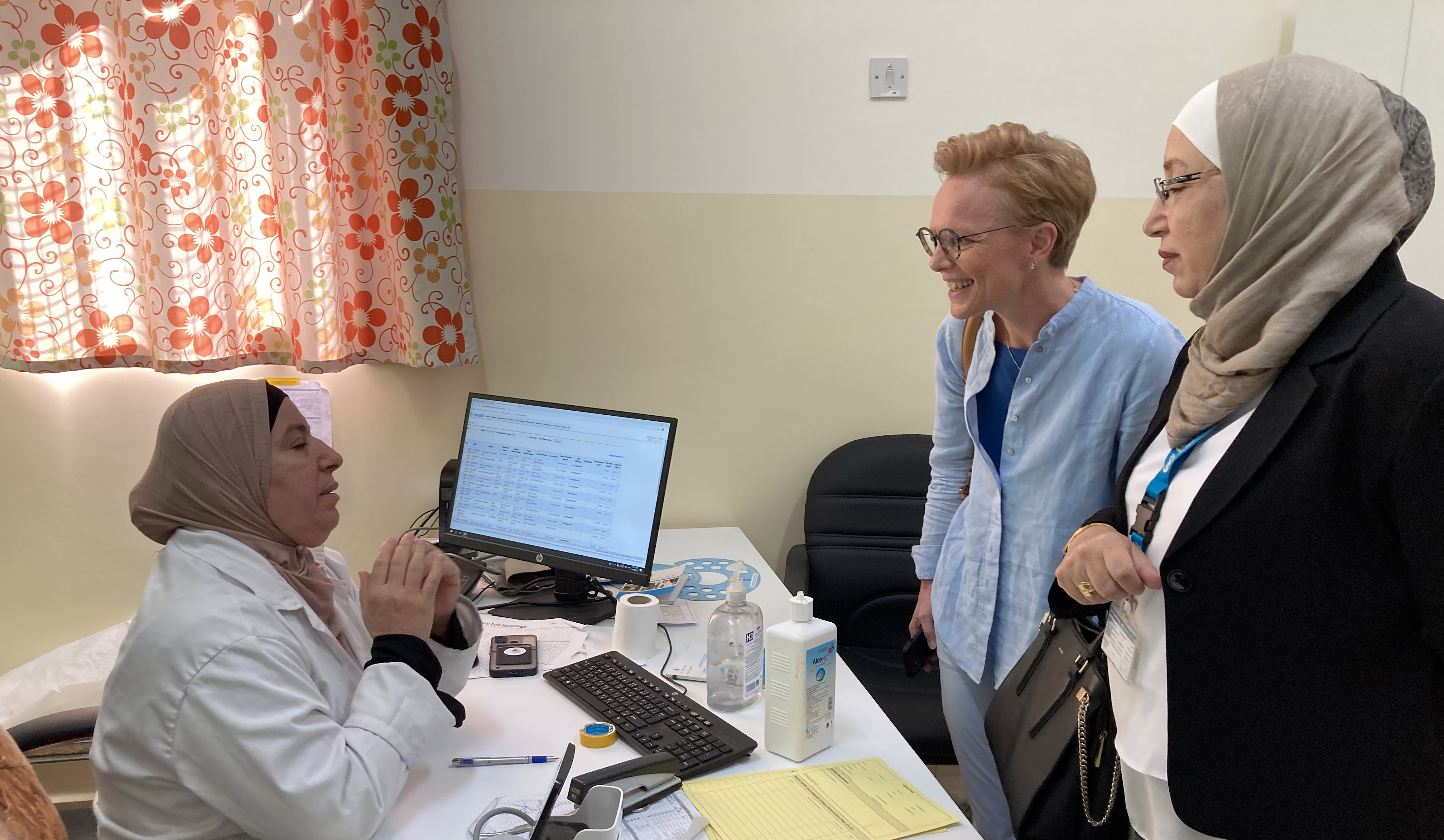 At the end of the tour, UNRWA staff offered their guests a chance to ask questions about what they had seen. They also thanked WDF and Novo Nordisk for their support and urged them to continue the collaboration.

As Dr Hamad explained: “We are partners to help people in need.” 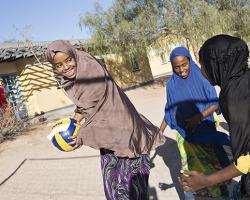