New approach eases the double burden of HIV/AIDS and diabetes

New approach eases the double burden of HIV/AIDS and diabetes

Gwendolyn Carleton
In Togo, the discovery that many HIV/AIDS patients also have diabetes leads to an innovative effort to integrate care. 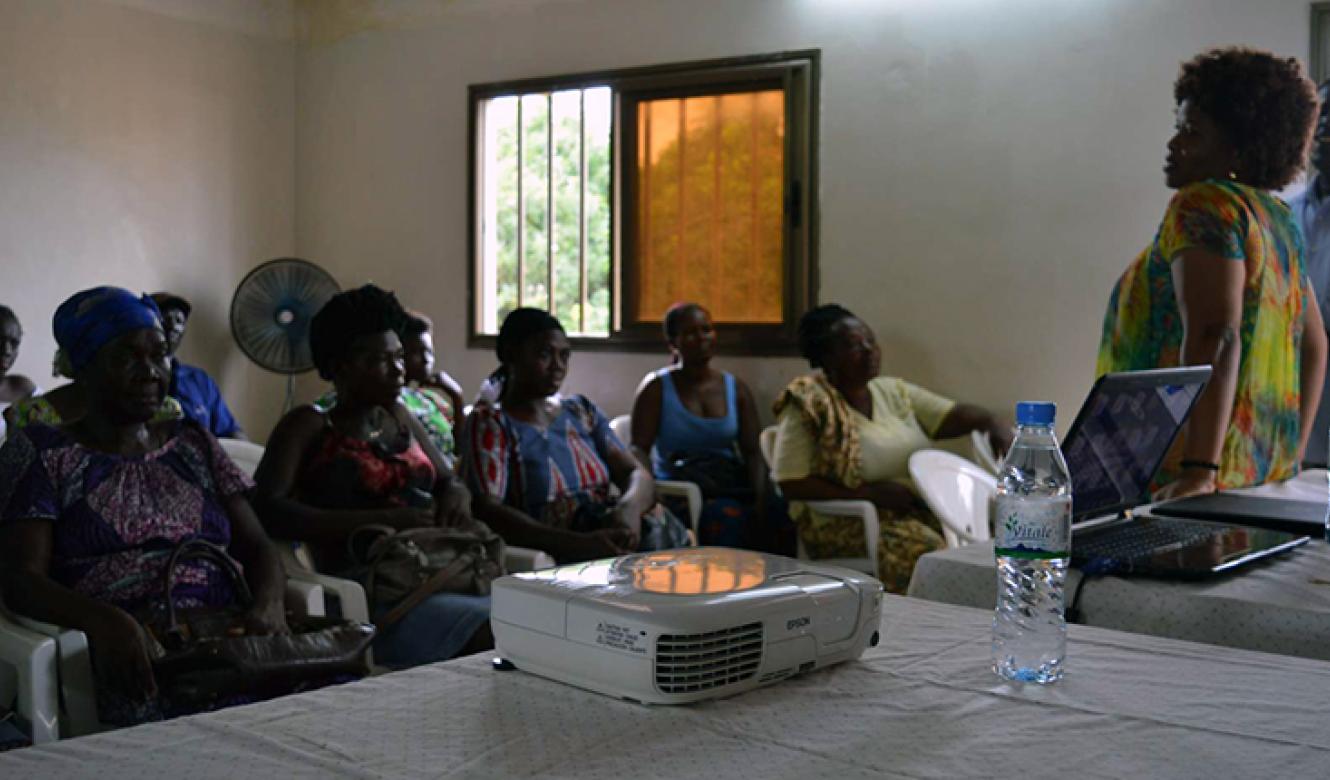 The building in Lomé, Togo has an unremarkable name – Association pour la promotion de la femme (Association for the Advancement of Women). Yet for the many women who pass in and out of its doors each day, it offers something remarkable indeed: a discreet refuge for people with HIV/AIDS.

The health and social centre is run by Groupe Chrétien Contre le SIDA au Togo (GCCST), a local NGO that has been providing HIV/AIDS education and care for more than 10 years. Lomé and the surrounding area has more than 1.7 million inhabitants - a quarter of the Togolese population - and a high HIV rate (5%).

“Lomé seems to be experiencing something of a diabetes and HIV epidemic. This can mainly be explained by the fact that the urban lifestyle is sedentary and there are proven links between the two diseases,” says Dr Atsoutsè Jean-Pierre Alley, Programme Manager for GCCST.

Yet in Togo, anti-retroviral prescriptions, treatment of diabetes complications, dietary monitoring and treatment of opportunistic diseases are not taken into account at the same time in the same treatment centre, and are not monitored by the same doctor or healthcare professional, Dr Alley says.

“We believe that these findings explain, in part, the deaths of patients with both conditions.”

GCCST set out to do something about this, and in 2017 the organisation proposed adopting a dual approach to HIV/AIDS and diabetes prevention, care and capacity building. This led to the WDF-funded project Diabetes and HIV/AIDS Prevention and Care in Togo, WDF17-1537.

The project is now in the process of training 100 healthcare professionals to care for patients with both HIV/AIDS and diabetes. It is also providing free diabetes screening to 10,000 people in the region, and will care for those who test positive. The project includes awareness raising that aims to reach 2 million people with messages about how to prevent and treat HIV/AIDS and diabetes by the project’s end in 2021.

“This is the first WDF-supported initiative integrating diabetes and HIV/AIDS care in West Africa,” says Susanne Olejas, WDF programme manager. “It’s an innovative approach that responds to WHO recommendations to integrate NCDs into other health care structures, such as HIV/AIDS care.”

For Isoke (not her real name), the project is offering valuable support during a difficult time.

Isoke was diagnosed with HIV in 2007, and referred to GCCST for care. The health centre is a safe place, she says, where HIV medication is distributed and she can talk to nurses, meet others living with HIV, learn, and rest. She decided to keep her HIV status secret from her family and four children, but still managed to visit the facility several times a week, she says.

Then, as part of a screening drive supported by the WDF project, she was diagnosed with diabetes. The shock was greater than her HIV diagnosis, she says. HIV is well-known, with well-organised, free treatment, she explains. She knew nothing about this new condition, and was unsure where to find treatment and how to pay for it (Isoke, who sold rice and sugar until 2014, is now unemployed and supported by family members.)

”I was afraid I wouldn’t be able to manage,” she said recently, when Ms Olejas met her at the GCCST centre. ”Because diabetes treatment and medicine are not covered in Togo. And if you don’t have the money, it’s hard to find the motivation to do what you need to.”

Today, Isoke is finding the support she needs in a familiar place - the GCCST centre. She still visits regularly, and now a diabetologist, medical assistant, two nurses, a clinical and health psychologist, a dietician and a physical activity/sports instructor are working together to integrate the HIV and diabetes care for Isoke and others like her. The centre's staff were trained through the Diabetes and HIV/AIDS Prevention and Care project.

Isoke is finding support at home as well, she says. While her HIV status remains a secret, she has shared her diabetes diagnosis with her family.

”I’ve told them about diabetes, and my children are watching what I eat. It’s difficult, but I’m trying, and they are helping,” she says. ”Actually – I think it’s going quite well.”