Gwendolyn Carleton
A private donation to WDF will strengthen successful projects on two continents, extending their benefits to thousands of additional patients. 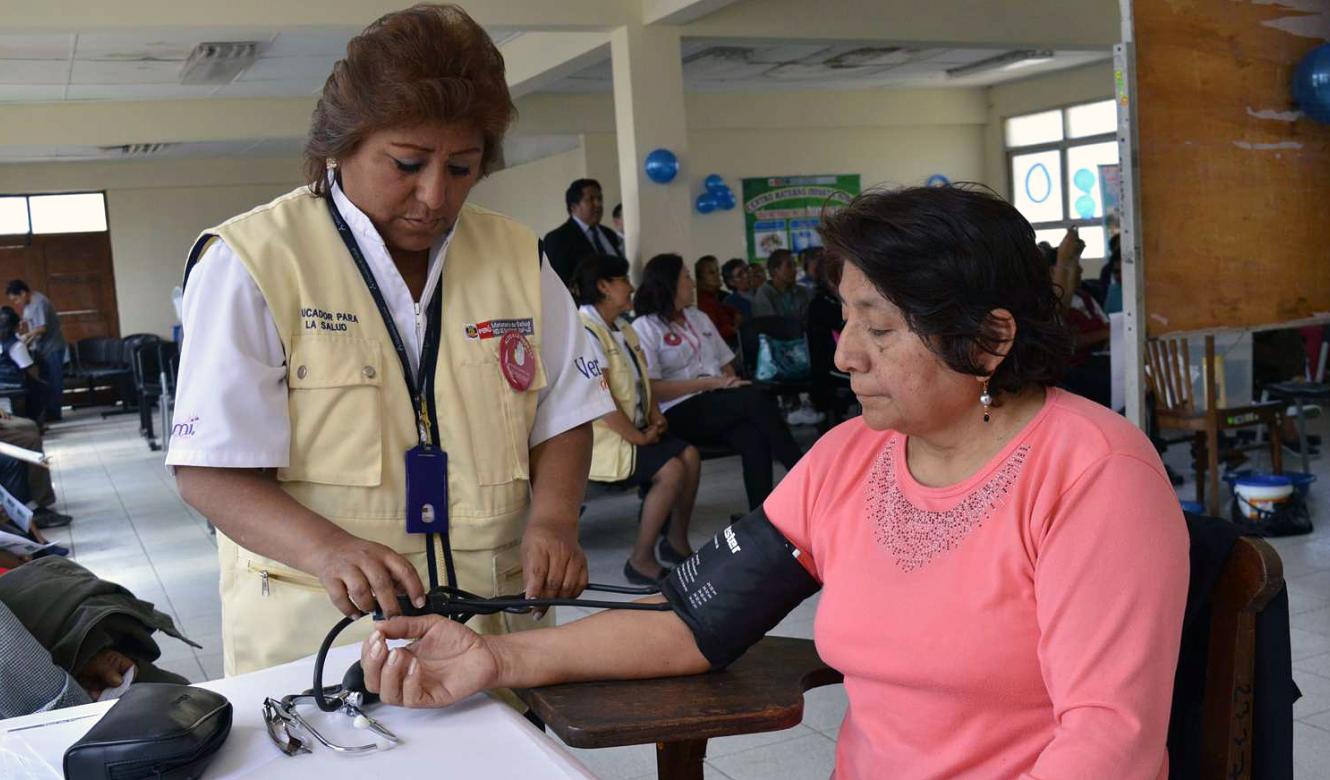 Ana Anampa Ore (left), a health promoter with the 'Basic Units for Diabetes Care' project with a patient in Lima.

The World Diabetes Foundation has received a USD 51,000 donation from Birgitte and Viggo Birch to improve diabetes detection and care in Peru and Nepal.

The donation will be used to extend and strengthen two successful WDF projects. In Peru, it will be used to establish up to 10 new Basic Units for Diabetes Care in poor areas of Lima and Arequipa. The focus will be on preventing diabetic foot as well as on treating complications related to diabetic foot.

In Nepal, it will add an additional component to an ongoing project focused on health promotion and primary prevention for children. The donation will ensure that basic diabetes services are available at the local clinic in the project area, and that local health care providers are trained to diagnose and provide basic care for diabetes and refer patients to the district hospital for further treatment.

“This donation will help us prevent serious long-term complications and extend basic services to thousands of people on two continents,” says WDF Managing Director Leif Fenger Jensen. “We’re grateful to the Birches for their generous support of our work.”

Dr Jorge Calderon, past president of the Peruvian Diabetes Association (ADIPER) and coordinator of the Basic Units project says: “ADIPER is very honoured by the trust that WDF has placed in us. With the COVID 19 pandemic, needs have increased, resources have decreased, and the pandemic is targeting precisely our beneficiaries - diabetic patients and those with limited economic resources. This support will be vitally important to help this vulnerable population of Peru.”

Results are the reward

Birgitte and Viggo Birch have supported philanthropic projects for decades. But last year’s sale of MeDiNova, a UK-based network of clinical research sites, “put us in a position to be a little more generous,” Mr Birch says. He was chair and part owner of the company from 2011 to 2019.

The couple wanted to support healthcare in developing countries, and considered a variety of options, including projects strengthening infectious disease responses and hospitals. Eventually, they settled on a donation to WDF, an organisation Mr Birch knew well.

Mr Birch worked for Nordisk Gentofte, and later Novo Nordisk, from 1987 to 2012. When Novo Nordisk created the WDF in 2002, Mr Birch was managing director of the company’s UK affiliate (subsequently, he was named vice president of the company’s European operations.) He followed the Foundation’s work with interest, he says - and found it “sustainable and trustworthy.”

“I knew from my time in Novo that WDF is a highly ethical organisation, with everything done to ensure the money ends in the right place and with the right people,” he says. “For both me and my wife, this is important.”

The donation is effective as of 1 March 2020, with project activities beginning in the subsequent weeks. The two projects are expected to take three years to complete. Along the way, the Birches will receive progress reports, and may also visit one or both projects to see the impact of their donation first-hand.

“We are interested in visiting at an appropriate time, if possible,” Mr Birch says. “But the biggest motivation is when you see the results, also in short term – that will be the best reward for us.”