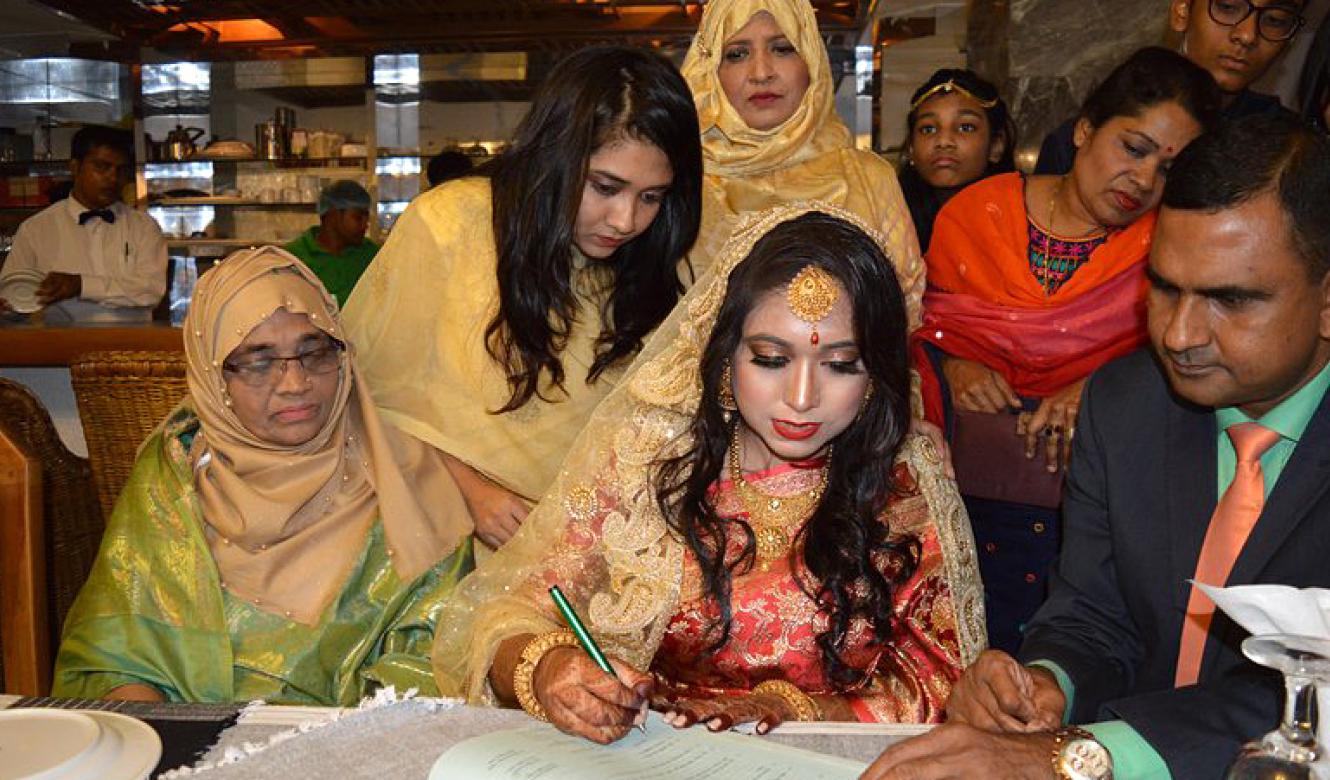 A bride signs the register on her wedding day, after receiving pre-conception counselling from the marriage registrar.
In Bangladesh, it is estimated that about half of the roughly 6 million pregnancies each year are unplanned, and nearly 25% are unwanted. The costs to Bangladeshi women and children, and the country’s economic development, have long been a cause for concern: unplanned pregnancy is associated with unsafe abortion, lack of prenatal care and adverse outcomes for mothers and children.
But what to do? Research recommends a focus on helping those women at highest risk of unwanted births – women who are older, illiterate, marry young, are rural and/or poor. Yet these women can be especially difficult to reach, and help.
In 2015, the Diabetic Association of Bangladesh (BADAS) approached WDF with an innovative idea. They would involve marriage registrars (Kazi in Bengali) in an effort to teach young couples about the importance of healthy, planned pregnancies.
A wonderful opportunity
“89% of people in Bangladesh are Muslims, and Muslim marriage is a solemn covenant that must be registered by a Kazi,” explains Dr Bishwajit Bhowmik, Coordinator, Preconception Care Project, BADAS. “Therefore, there is a wonderful opportunity to seek the religious influence of Kazis in creating community awareness about pre-conception care, proper pregnancy planning and prevention of non-communicable diseases, particularly gestational diabetes.”
Women with undiagnosed or poorly managed gestational diabetes and their infants are at increased risk of developing type 2 diabetes and other conditions including obesity, hypertension and coronary artery disease, he says. Pre-conception care is an effective way of stopping this vicious cycle.
“If a woman first approaches the health system after she is pregnant, we might miss early onset gestational diabetes or cases of diabetes predating pregnancy. But if she receives pre-conception care, we are aware of her insulin insensitivity at the beginning of her pregnancy and can devise strategies for normalising of the intrauterine metabolic environment at a critical period in her child’s development.”
WDF funded the project, Preconception care through religious leaders in Bangladesh (WDF15-1237). In addition to training 400 Kazis, project targets included training hundreds of healthcare professionals, establishing pre-conception care services at 50 BADAS clinics and hospitals across the country, and creating a referral system between religious leaders and the clinics. Soon, it was meeting and surpassing its ambitious goals.
“Religious leaders in Bangladesh have a natural authority and are in continuous contact with the population,” says WDF Programme Manager Susanne Olejas, who visited the project in November 2017. “The project has been highly successful, and attracted a lot of attention – it’s a timely response to a very relevant global agenda.” 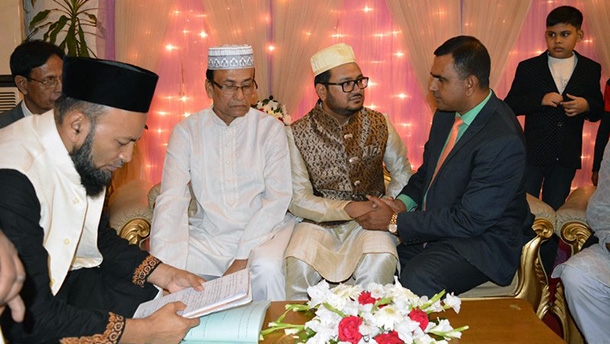 A Kazi (left) with a groom and other members of the wedding party.
Highest possible impact
Then in July, 2018, the project achieved a new milestone: Bangladesh’s Ministry of Law, Justice and Parliamentary Affairs instructed the nation’s 6,500 Kazi to implement preconception counselling nationwide.
To mark the new policy, the words Shusto ma- shusto shisu- somdridho desh: sokol gorbodharon hok porikolpitho (Healthy Mother – Healthy Child – Healthy Nation: All pregnancies should be planned) have been added to the Bangladeshi marriage certificate seal.
“This creates the possibility for the highest possible impact on the entire population in Bangladesh - not only for the lucky ones living in area participating in the Preconception care through religious leaders in Bangladesh project,” Ms. Olejas says.
The WDF project is now approaching its end – but the BADAS team’s efforts to improve pre-conception counselling nationwide have only just begun, Dr Bhowmik says. Current priorities include completing a new consensus guideline for preconception care, launching a national awareness campaign, and obtaining funding to build new pre-conception centres and extend the current programme. Bangladesh’s Ministry of Information has also instructed all TV channels, radio stations and newspapers to publicise the pre-conception care initiative.
“We believe that we can take this programme to a new height of success in coming years,” Dr Bhowmik says. “Today, achieving heathy maternal and child outcomes is possible in all pregnancies if someone plans it properly.” 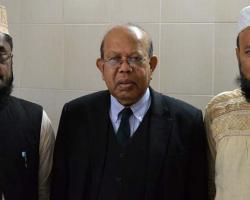