Gwendolyn Carleton
A community health project working to lift diabetes awareness and quality of care in India's northeast gets results. 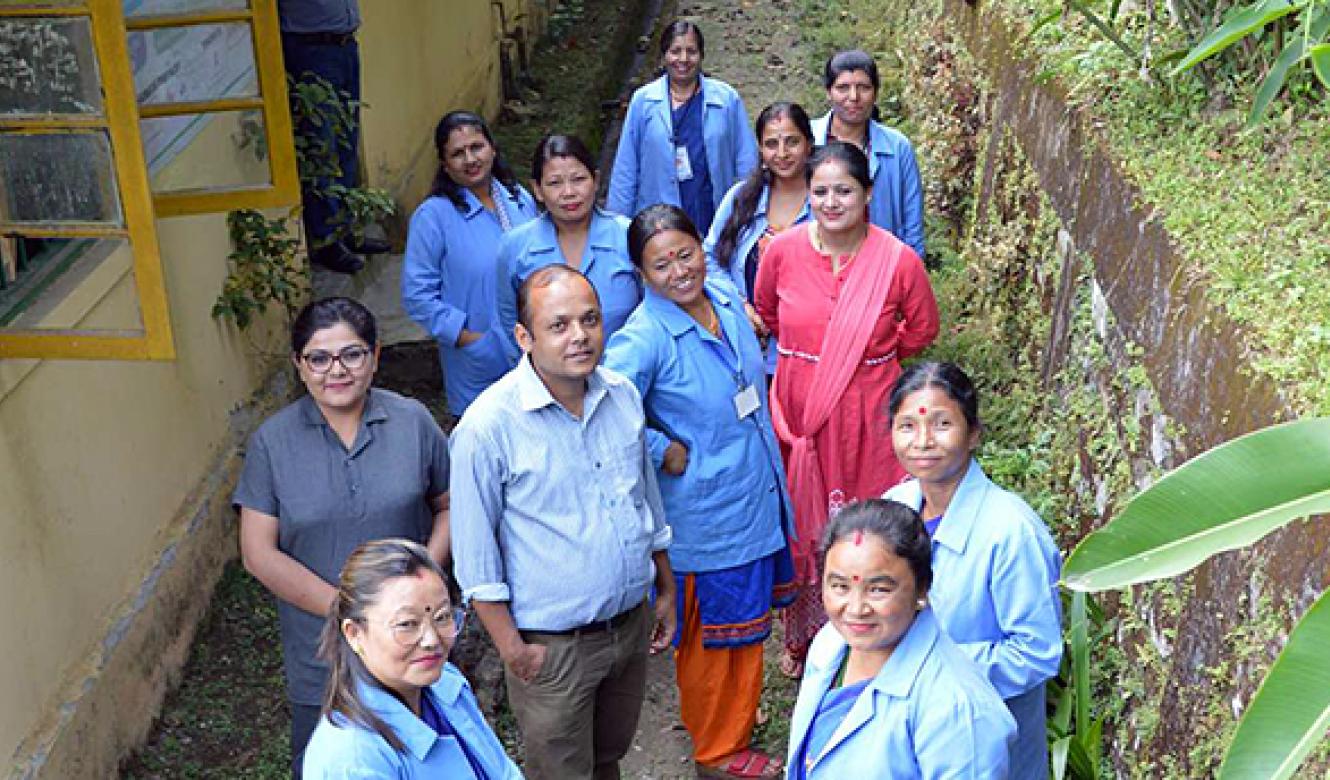 ASHAs at work in Sikkim. ‘They are able to do things that more highly trained professionals may not have the time or access to do,’ says Dr Nerges F Mistry.
Tucked in between Bhutan, Tibet and Nepal, the Himalayan state of Sikkim includes India’s highest mountain, glaciers, alpine meadows and thousands of varieties of wildflowers. Its 610,000 residents also have one of India’s highest rates of diabetes and hypertension.
To change this, Foundation for Research in Community Health (FRCH) approached WDF with a plan to raise awareness about diabetes in Sikkim’s villages, and train health care workers to treat the disease once detected. The proposal became Rural Diabetes Care Model, Sikkim, WDF15-1203.
At the heart of the project was a focus on accredited social health activists (ASHAs). Often called the backbone of rural healthcare in India, ASHAs today provide care to millions of residents in areas where doctors and hospitals aren't easily accessible.
WDF spoke with project manager Dr Nerges F Mistry about the project, and what others can learn from it.
Why did you decide to tackle NCDs in Sikkim?
FRCH came to Sikkim about 3 years ago, and this was a long story and a long road to get here.
We started looking at NCDs in our rural programme in Maharashtra where there was a great need. The community health workers there were looking at coughs, colds, fevers, diarrhoea and so on, and we trained them in NCDs.  Most of these women are not graduates, so it took some time, but the experience was pretty good.
It was a small project, with about 13-14,000 people, and we wondered how to have a bigger impact. We asked the government if we were to implement this in another state, which should it be, and prompt came the reply – Sikkim. At first, we were a little hesitant – Sikkim was a long way away – but we knew the training of primary care workers and the governance system were good there. It’s also a beautiful state, environmentally friendly, with a highly literate population. 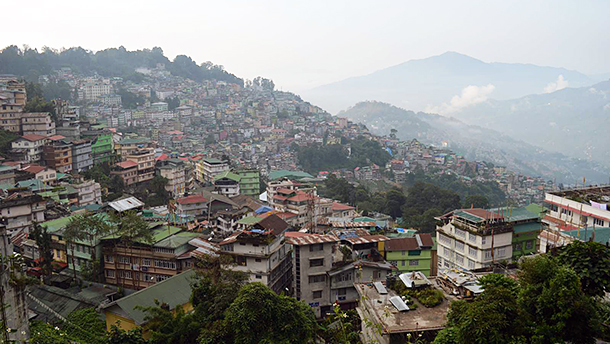 Aerial view of Sikkim.
As the project nears completion, what has it achieved?
The work in Sikkim has gone on for the last 2 ½ years. It’s nearing its last 6 months and it has been quite an experience. We have had especially satisfactory results in several areas:
Sustainability - There is more sustainability if you can import the learnings into a public health system. In this project, we don’t actually do the implementation but are facilitating instead. The training component has been extremely satisfactory in terms of the amount of skills and competencies that have been given to state employees and community health workers. The ASHAs have been well trained, able to pick up the complexities and work well.
Quality – We have worked to inculcate the importance of quality in the health care system, particularly in things like taking blood pressure or random blood sugar, making sure that the equipment is well maintained and so on. The ethos of quality right from the basic level is one satisfying aspect of the project.
Community awareness - ASHAs are local health workers, so they have relationships with and are able to do things that more highly trained professionals may not have the time or access to do. The terrain is also challenging in Sikkim, making it difficult for external health workers to come in, whereas ASHAs are able to enter into houses and so on.
A survey programme that went house to house to detect people at risk has gone particularly well. We’ve done a lot of work with school children, geriatric populations, and people involved in local transport, creating awareness platforms where ever opportunities could be found. 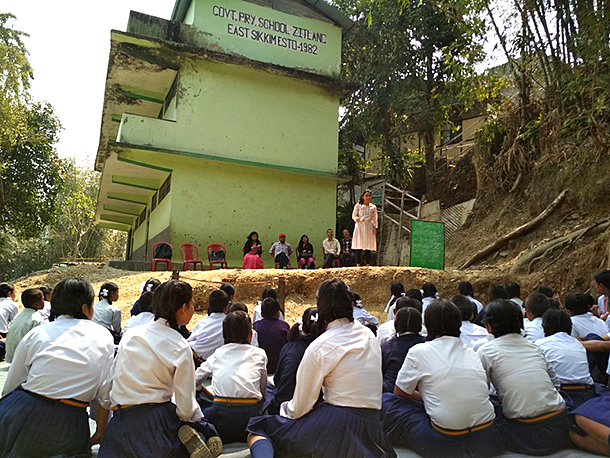 Awareness raising at a Sikkim primary school.
What challenges have you faced?
I think the biggest setback to the project has been the non-availability of drugs in the public health system, and the variations in prescriptions that doctors give because the doctors prescribe what is available – often the most expensive drugs and different from what procedures prescribe. This has caused a financial burden to patients and families and reduced trust in the health system.
A second challenge is the multiplicity of registers and documentation that health workers must do because of lack of alignment within the state, and variation in government policies about how data should be converged. That is something we will be grappling with in the coming months, along with trying to improve the drug procurement and management systems in the public health system.
To date, Rural Diabetes Care Model, Sikkim has reached 25,000 individuals with community and school level awareness activities, trained 37 ASHA workers in diabetes and related NCDs, improved the capacity of 72 doctors and nurses and screened 5,781 people for diabetes. The project’s full results at completion will be published in 2019 on the WDF website.