Gwendolyn Carleton
In June, 1,000 young leaders met in Singapore to solve some of the world’s most intractable problems. The experience changed them, two participants say now – in more ways than they expected. 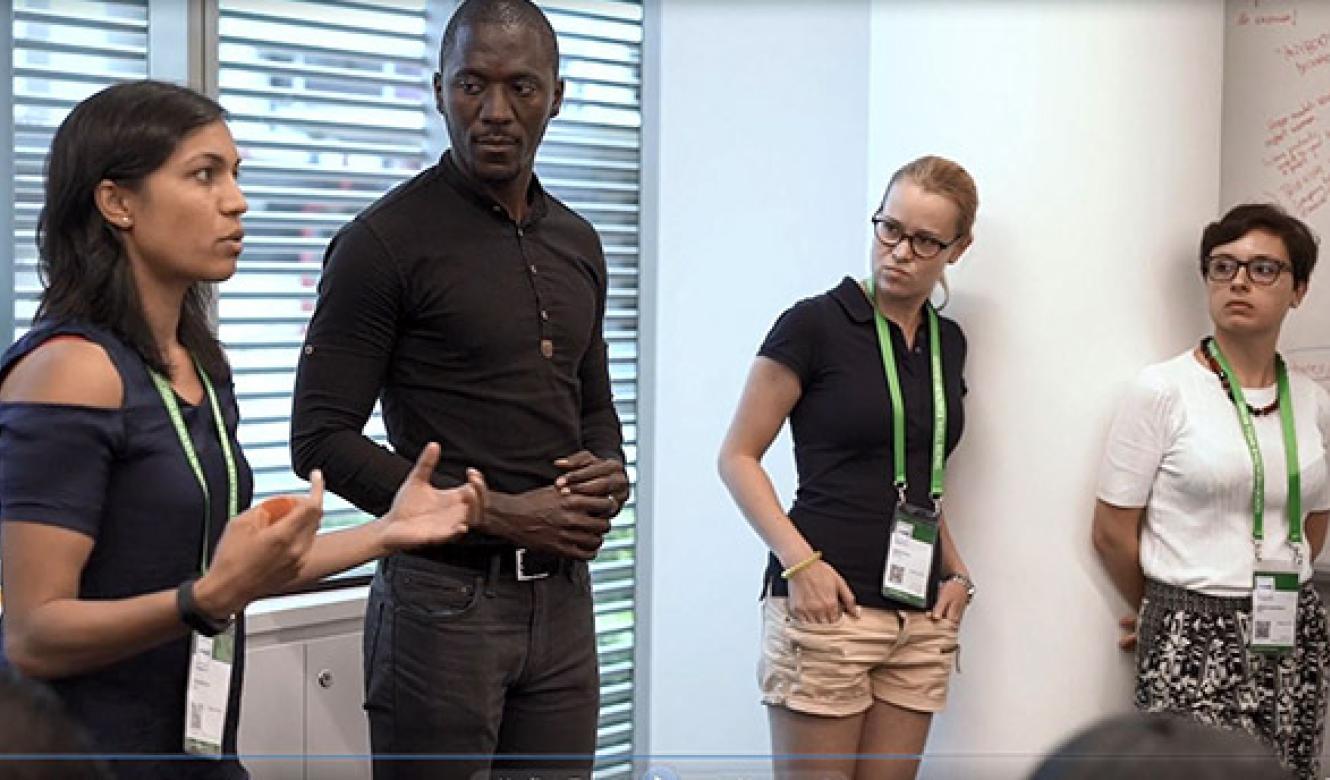 Mamadou Sy (second from left) and Josianne Galea Baron (far right) with team members at the second UNLEASH Innovation Lab.
See the film (2 mins)
From May 30-June 6, 1,000 young leaders from more than 100 countries met in Singapore for the second UNLEASH Innovation Lab. Selected for their passion, intelligence, and creativity, they were tasked with finding innovative solutions to some of the world’s most intractable problems.
After an intense week, they presented a series of ideas that were praised by experts and publicised in an online catalogue. And then they went home – back to busy lives, full-time jobs and studies.
Two participants in the Health Track, which was supported by WDF and the Novo Nordisk Foundation, report that their group is still in touch and working to find financing for their idea: ADYA (‘power’), a social franchise providing affordable fitness classes in Chennai. The project aims to improve the health of young, urban Indian women and decrease their risk of developing NCDs while simultaneously creating employment opportunities for women. The project won an award for ‘Gender Equality’ at the closing ceremony.
But the greatest benefits from the meeting, they say, may lie elsewhere: in what they learned about NCDs, problem-solving, and their own ability to make a difference.
New perspectives
“We were an extremely diverse group in almost every sense,” says Josianne Galea Baron, who works in London. “We went far with one project and then we abandoned it (for being too technical) and were suddenly under a lot of pressure to pull something new together that everyone could contribute to. That process itself was probably one of the most valuable aspects – understanding that we could collaborate by leveraging everyone’s strengths. In the end, we found ourselves creating something we were all enthusiastic about.”
Dr Mamadou Sy agrees – working with such a diverse team was ultimately the hardest and best part of the experience, he says.
“Even if we were passionate about the same topic, our realities were different. For example people from Europe were more policy-oriented, while people from low income countries were more community-oriented. Even between developing countries, there were big cultural differences. For example - I'm running sports events in Senegal, in open public spaces. I never imagined that this would not work in India, because of safety for women or the tan issue (ie – the reluctance of some women to exercise outdoors, where sunlight could darken their skin.)
“We all discovered that even if NCDs are global diseases, the causes are linked to specific realities, and solutions have to be adapted to the field,” he says.
Several UNLEASH ideas are on their way to financing or pilot phases, and Dr Sy and Ms Galea hope their ADYA project one day will join them. But the benefits of UNLEASH may ultimately go beyond their winning project proposal, they say.
“It’s quite exciting to realise that you can move beyond studying problems to actually being the one to design and implement a solution. It’s a hugely different mind-set, and I feel it has influenced how I think and work,” Ms Galea says.
Dr Sy adds: “Today my perspective is totally different. To see many fellows interested by the same topic give me hope. Unfortunately NCDs are not yet priorities in Senegal as they are in many countries, but now I feel less alone.”
Related links:
www.Unleash.org 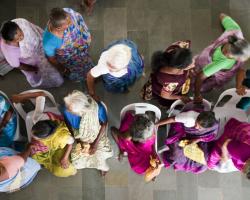 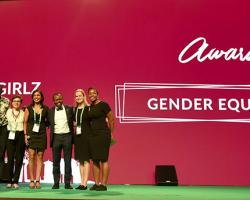