Gwendolyn Carleton
This World Diabetes Day, WDF speaks with one of the extraordinary nurses we work with around the world: Emmanuel Kpon Saye, from Liberia. 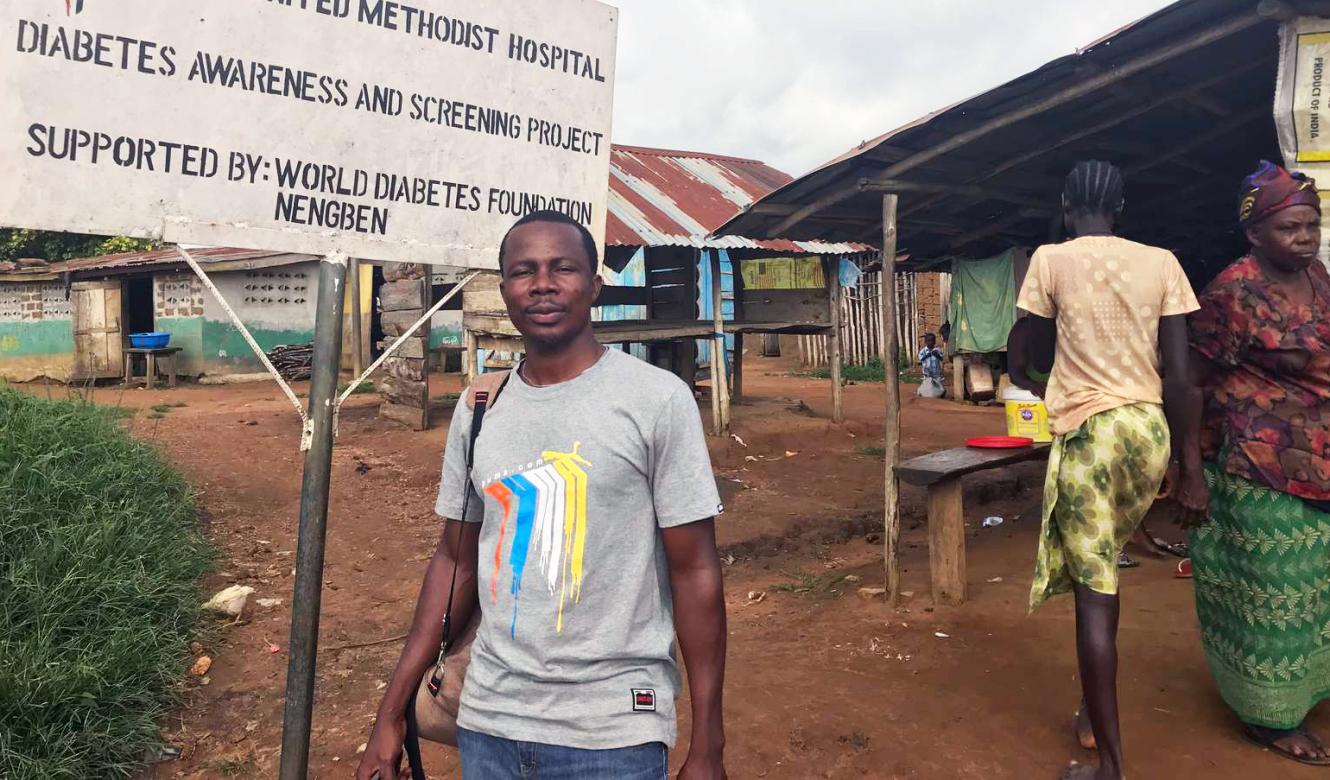 Emmanuel Kpon Saye at a village diabetes clinic that he helped to establish.

As the number of people with diabetes rises across the world, nurses are becoming increasingly important in managing its impact. They are often the first and sometimes only health professional that a person interacts with - the quality of their initial assessment, care and treatment is vital.

So it is fitting that the International Diabetes Federation has nurses in focus this November 14. WDF knows the power of nurses first-hand: WDF-funded projects have trained more than 100,000 nurses worldwide, and the Foundation counts many of them among its trusted partners worldwide.

This week, WDF introduces readers to one of them.

Emmanuel was just 1½ years old in December 1989, when Liberia’s first civil war broke out. His childhood was marked by moves from village to village, fleeing the violent, fast-moving conflict. “It was terrible,” he says, simply.

Yet he managed to begin school at age 10, and after completing elementary school he attended middle school in the next town, one hour’s walk away. By this time, the family had settled in Nimba County, in the centre of the country - and it was assumed Emmanuel would stay there. None of his 16 siblings had gone to high school, and the nearest was more than 100 miles away. Yet Emmanuel was determined. He began studying in Monrovia, then transferred to Ganta where he could support himself by harvesting palm in nearby villages.

After graduation in 2007, Emmanuel stayed in Ganta to work as a journalist. It was during this time that he began transcribing his pastor’s sermons at church and taking them to a local radio station to be broadcast. After many months of this, the pastor called him in for a meeting. “I’ve been watching you – you are dedicated, and you work hard. There’s a scholarship I think you can benefit from,” he told the young man.

The scholarship was to United Methodist University, and it focused on health. “I thought about some of the situations we went through during the war in the village,” Emmanuel recalls. “My mother suffered miscarriages because there was no health care, and there were many other problems as well. I realised I can use my skills as a communicator to become skilled in health.”

After just one semester of studies, though, the door which had opened so suddenly slammed shut. Church authorities transferred the scholarship to high-school age students. Devastated, he told his new friends on the student council that he had lost his funding; he could no longer attend meetings and would soon leave campus for good.

Then, something amazing happened, he says.

“The students raised money – for me! Individuals gave $5, $10, it added up to $450. I was so excited, so happy. And they didn’t stop there. When I returned to campus, I found that faculty had lifted my issue to the ministry of education, and I was granted a new scholarship.”

He survived on that scholarship until 2013 when he graduated with an associate degree in nursing. In subsequent years, he would add a bachelors degree in nursing and coursework in management to his academic accomplishments.

After graduation Emmanuel moved to Yekepa to work in a health clinic associated with the iron ore mines. Then he returned to Ganta, and in 2015 took over as head of the diabetes clinic at Ganta United Methodist Hospital. His father had recently died of cancer, and chronic diseases had his full attention: “I wanted to help other people, so they wouldn’t die early like my father had.”

He quickly realized that the 2014-15 Ebola epidemic, which had ended in March after claiming nearly 5,000 Liberian lives, had shattered the diabetes clinic as well. Patients on the rolls had scattered; those remaining were frightened to come to the hospital. There was no patient data, no medication, no insulin. The community-based volunteers who had once helped with outreach, screening and follow up were gone.

“There was one glucometer – one!” Emmanuel says. “The connection between patients and the clinic had been disconnected. Those who did come to our clinic were very advanced, many with diabetes foot problems. We needed to reconnect the community with hospital – but how to do this when just recovering from a great crisis? It was very, very challenging. I needed to learn very fast.” 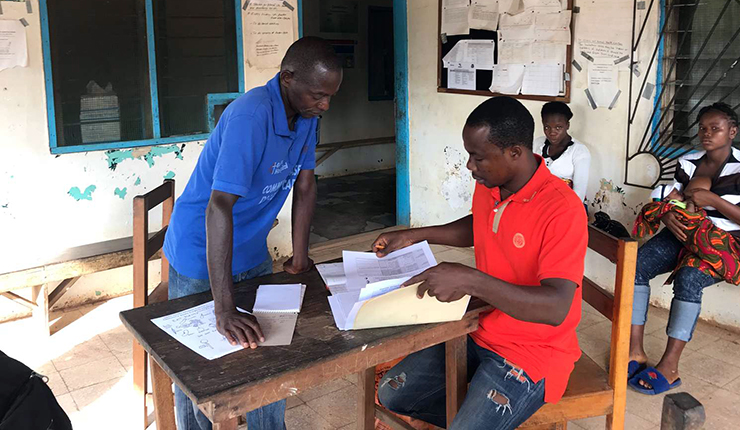 Emmanuel (right) and a community health worker at a rural health post established through the Community Based Diabetes Care project.

Emmanuel was creative and insistent – borrowing a colleague’s personal glucometer, for example, until the clinic could obtain more. Finding insulin for the clinic’s 140 type 1 patients was his top priority; decreasing the number and severity of late-stage complications in type 2 patients was the second.

International organisations helped with the first issue; WDF with the second. Emmanuel worked with hospital administrators to develop the proposal which became Community Based Diabetes Care, (WDF15-1273) -  a pilot project to reduce mortality and morbidity caused by diabetes complications, especially diabetic foot, in the Ganta area.

Emmanuel’s skilled management of the project earned him a spot in the WDF’s Peer Programme, and in 2017 he travelled to Tanzania for three months of diabetes training. This year, when WDF funded a follow-up project in partnership with Liberia’s Ministry of Health and Ganta United Methodist Hospital, the hospital appointed Emmanuel as its project manager. The new project, WDF20-1743 builds on Community Based Diabetes Care and aims to improve diabetes care in 26 clinics across the country.

“We showed in the first project that this is important. We have patients coming from all parts of the country to our clinic – we need to do this for the rest of the country,” he says.

Asked if nurses are as important to diabetes care in Liberia as they are globally, Emmanuel responds with a musical laugh.

“We have very few doctors here,” he says. “Nurses are the point of contact for patients, and they do basically everything except surgery. They are prescribers, health workers, in leadership … they are a special group of people in underdeveloped countries.

“They are very passionate about their job, despite the low salary. Sometimes people from developed countries find it hard to understand how necessary and dedicated nurses are in developing countries.” 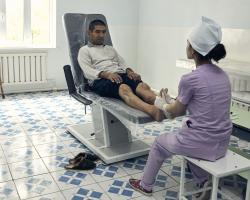 WDF projects invest in nurses around the world 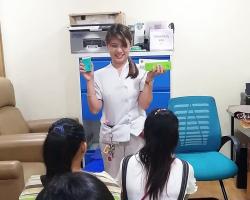