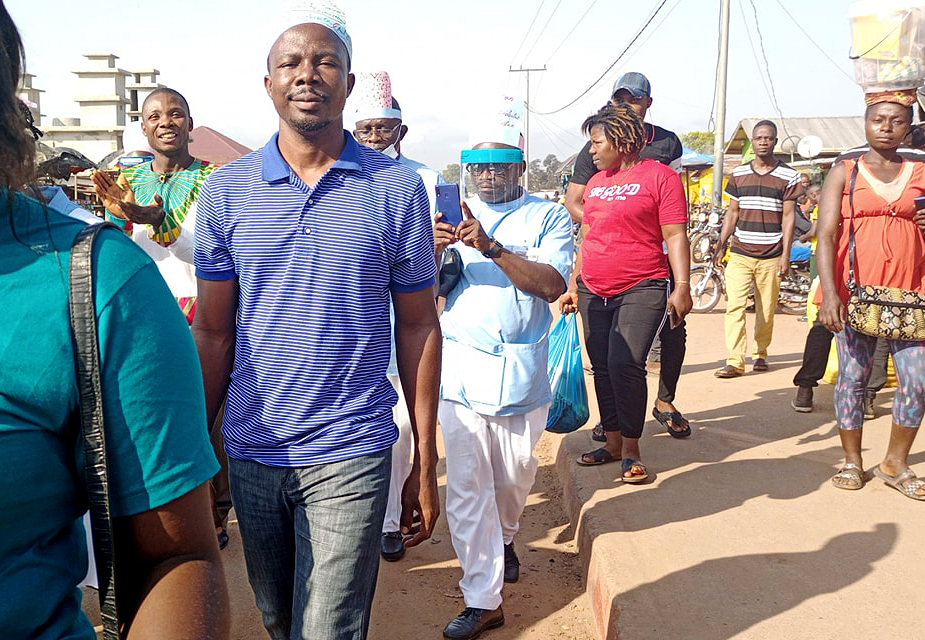 After earning an associate’s degree in nursing in 2013, Emmanuel Kpon Saye travelled to Yekepa, Liberia, to work in a health clinic associated with the iron ore mines. Then he returned to Ganta, the country’s second most populous city, to take over as head of the diabetes clinic at Ganta United Methodist Hospital.

What he found shocked him. The Ebola epidemic, which had ended in March after claiming nearly 5,000 Liberian lives, had shattered the diabetes clinic as well. Patients on the rolls had scattered; those remaining were frightened to come to the hospital. There was no patient data, no medication, no insulin. The community-based volunteers who had once helped with outreach, screening and follow up were gone.

“There was one glucometer – one!” Emmanuel says. “The connection between patients and the clinic had been disconnected. Those who did come to our clinic were very advanced, many with diabetes foot problems. We needed to reconnect the community with hospital – but how to do this when just recovering from a great crisis? It was very, very challenging. I needed to learn very fast.”

Emmanuel was creative and insistent – borrowing a colleague’s personal glucometer, for example, until the clinic could obtain more. Finding insulin for the clinic’s 140 type 1 patients was his top priority; decreasing the number and severity of late-stage complications in type 2 patients was the second.

International organisations helped with the first issue; WDF with the second. Emmanuel worked with hospital administrators to develop the proposal which became Community Based Diabetes Care, WDF15-1273.

In 2017 Emmanuel travelled to Tanzania for three months of diabetes training in the WDF’s Peer Programme. In 2020, when WDF funded a follow-up project in partnership with Liberia’s Ministry of Health and Ganta United Methodist Hospital, the hospital appointed Emmanuel as its project manager.

The new project, WDF20-1743 builds on Community Based Diabetes Care and aims to improve diabetes care in 26 clinics across the country.

“We showed in the first project that this is important. We have patients coming from all parts of the country to our clinic – we need to do this for the rest of the country,” he says.

Learn more about Community Based Diabetes Care, (WDF15-1273) - a pilot project to reduce mortality and morbidity caused by diabetes complications, and Integrating diabetes services in tertiary and secondary healthcare facilities in Liberia (WDF20-1743).